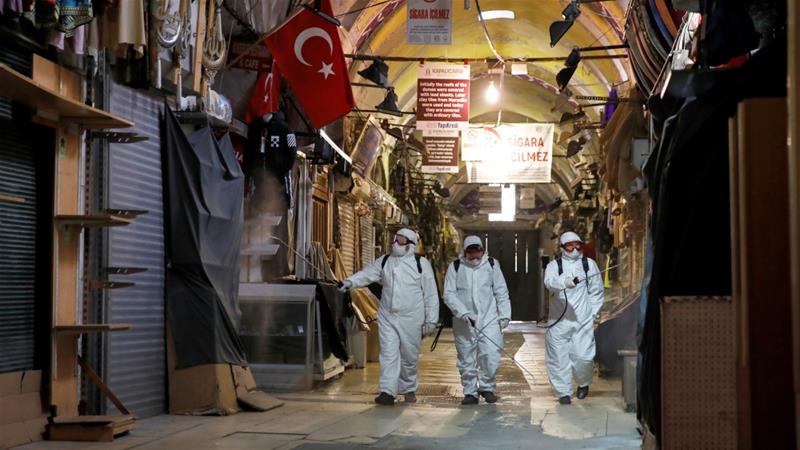 The number of patients on ventilators continues to decline, Minister Koca said on his Twitter account, noting that the cases continue to remain at the "anticipated level."

“What lies in the upcoming days depends on how much importance we pay to hand hygiene, using masks and practicing social distancing, Tighter precautions mean better results," Koca said.

Meanwhile, the total number of tests has surpassed 2 million, and 35,600 tests have been conducted in the past 24 hours.

In a separate statement, the Interior Ministry announced that quarantine has been lifted in 428 settlements across 64 provinces of Turkey.

As of Monday, the 15 worst-hit provinces came out of one last curfew with weekend stay-at-home orders being abandoned for the time being. All intercity travel restrictions were lifted as well, with only citizens aged 65 and above being required to obtain a special permit for travel, as they are still under a curfew due to being the highest at-risk group.

The green light to reopen many public places was the latest phase of Ankara’s plan to return life to normal. The government previously ordered barbers, beauty salons and shopping malls to reopen with limited capacity. Friday also saw the faithful returning to mosques for communal prayers after prayers at mosques were banned on March 16.

While Turkey has so far avoided a second wave of the outbreak with figures indicating the downward trend in new cases will continue, experts warned that the new easing of measures could lead to a resurgence if citizens get lax on following official advisories.