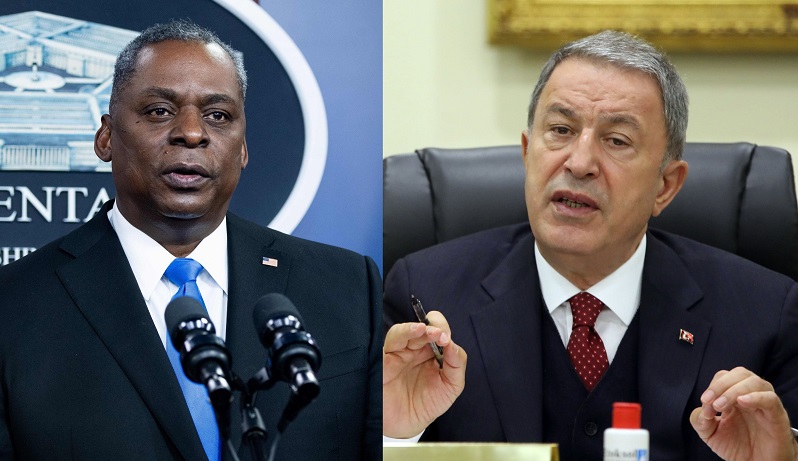 They emphasized the importance of developing a mutual understanding on the issue of regional and global security, as well as resolving issues based on their strategic partnership and the spirit of alliance.

The ministry added that Akar and Austin reaffirmed their commitment to closer cooperation and coordination while strengthening military relations between the two countries.

Akar also congratulated Austin once again on his appointment to the post in January.

The Pentagon separately said Austin thanked Akar "for the significant role Turkey is playing as part of the Resolute Support Mission in Afghanistan and in support of the ongoing peace process there."

"The two leaders also discussed the positive diplomatic developments and efforts to reduce all tensions in the Eastern Mediterranean, where the Secretary welcomed ongoing exploratory talks between NATO Allies Turkey and Greece and the commitment of both governments to this process," it said in a statement.