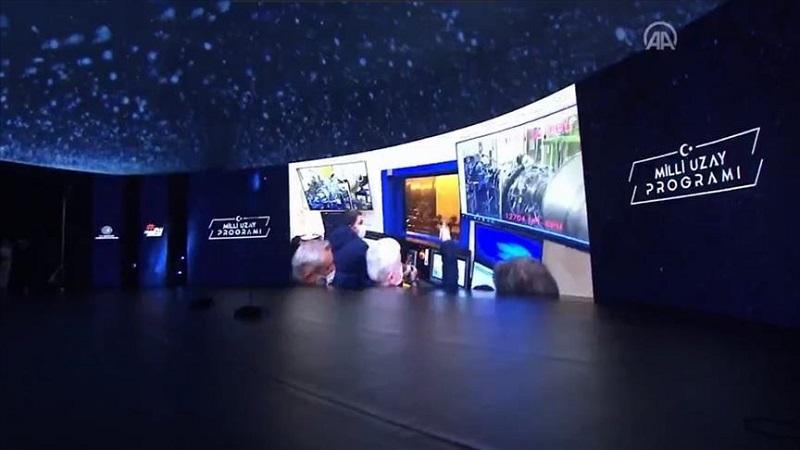 Turkey's national space program to carry the country to the upper league in the global space race, says President Erdogan.

Turkey opening the door to the sky journey of its civilization that pioneered justice, morality and peace in the world for centuries, says president.

Turkey aims to make 1st contact with Moon in 2023 as the primary objective of its national space program, says country's president

Turkey aims to send a Turkish citizen to space in line with its National Space Program, says Erdogan

Turkey, as part of its national program, aims to increase its competitiveness in space by investing in 'space weather, meteorology': Erdogan

Turkey to boost its efficiency in terms of astronomical observations, follow-up of space objects from Earth, says Erdogan

Under national space program, Turkey to further develop the economy of the space industry, says Erdogan

Turkey to develop effective, competent human resources in the field of space under the newly unveiled program, says Erdogan.