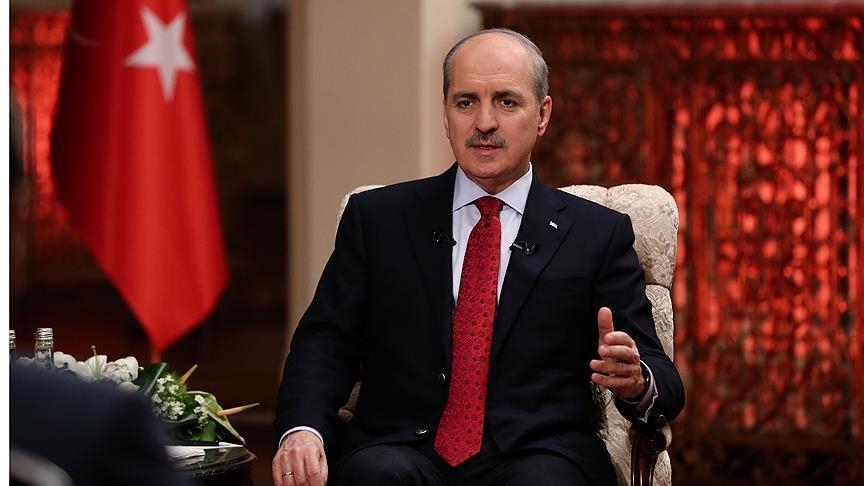 Turkey is the true partner for U.S. and Russia to cooperate with in the Middle East both for their own benefit and in order to avoid a possible conflict between the two, Deputy Prime Minister Numan Kurtulmus said Thursday, APA reports quoting Anadolu agency.

"The proxy wars in Syria can not continue under any circumstances and no country is likely to succeed on its own," Kurtulmus said during an interview aired live on private NTV network.

The deputy PM said that the benefits gained through proxy wars in the region would not be permanent.

"If they say they want to continue the proxy wars, [...] the U.S. and Russia will end up getting into a conflict. It is a must for them to cooperate with Turkey to prevent this, and to establish a strong balance in the region."

Kurtulmus said that the main focus should be on how to establish peace in Syria.

Regarding possible scenarios on liberating Raqqa from Daesh, Kurtulmus said Turkey would not be involved in any effort which allowed "cooperation with another terror organization in order to eliminate one," referring to PYD/YPG forces with which the U.S. has been partnering with against Daesh.

While the Obama administration saw the PYD as a "reliable ally," Turkey has consistently stressed that it is part and parcel of the PKK, which is also listed as a terrorist organization by the U.S. and EU. The new Trump administration’s policy on the PYD is still emerging.

Kurtulmus reiterated Turkey's stance on the issue saying all PYD/YPG forces should move to the east of the Euphrates River.

"Raqqa will belong to the people of Raqqa," he said. "Turkey does not have eyes for [another state's] territory."

Ankara and Washington are currently discussing how to implement a possible Raqqa offensive and how Turkey would support such an operation.