Turkey to respond in time to Biden’s remarks 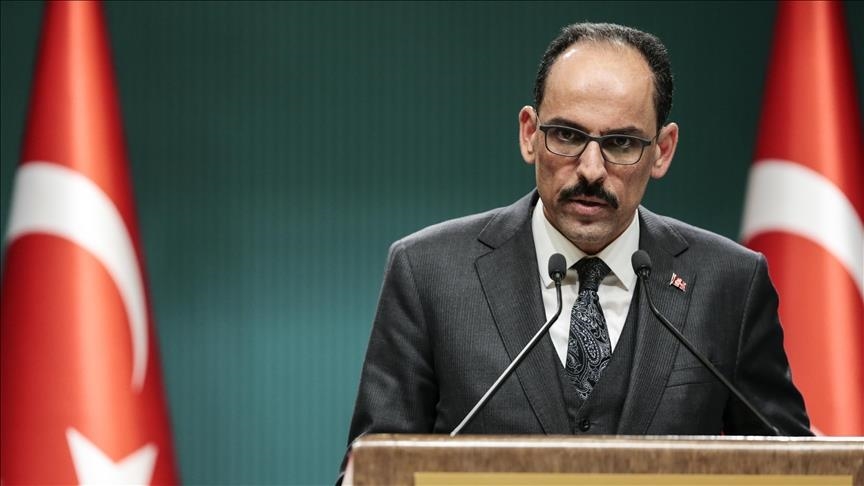 Turkey will respond over the coming months to the remarks by the US president on the events of 1915, the country’s presidential spokesman said Sunday, Anadolu Agency reports.

“There will be a reaction of different forms and kinds and degrees in the coming days and months,” Ibrahim Kalin told Reuters.

“Everything that we conduct with the US will be under the spell of this very unfortunate statement,” he said.

Underlining that Turkey’s parliament is expected to make a statement Monday, he said the US declaration would not provide any legal basis for potential reparation claims.

“To reduce all that to one word and try to implicate that Turks were involved, our Ottoman ancestors were involved in genocidal acts, is simply outrageous,” he added.

On Saturday, President Joe Biden called the events of 1915 a "genocide," breaking with American presidents' long-held tradition of refraining from using the term.