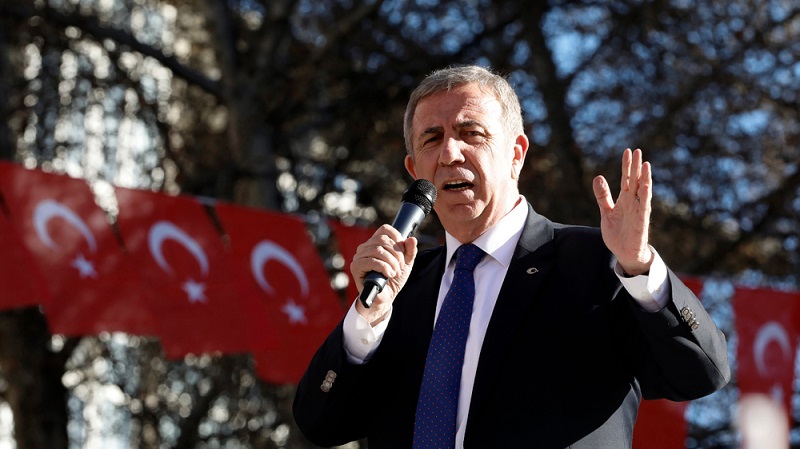 ‘Freedom to Karabakh’ park will be created in Turkey’s Ankara city to commemorate the glorious victory of Azerbaijan in the patriotic war for the liberation of Armenian-occupied lands, the city’s mayor Mansur Yavas said during Trend News Agency's project Baku-Istanbul teleconference, Trend reports.

According to Yavas, the memory of the sons of Azerbaijan, who died heroically on the fronts of the patriotic war, will be immortalized in the park.

He also noted that the existing avenue of Azerbaijan in Ankara will be reconstructed.

The mayor also said that from the very beginning of the patriotic war, the flags of Azerbaijan and Turkey have been waving on the fortress in Ankara and the building of the city hall.

"The Nagorno-Karabakh problem has always remained on the agenda in Turkey, which has always attached great importance to what is happening in fraternal Azerbaijan," he pointed out.

Yavas added that he intends to visit Azerbaijan in the near future.

"Glory to the God that the Azerbaijani lands have been liberated from occupation. We see the current situation in which the Armenians, who prided themselves on their allegedly ‘strong army’, found themselves. We followed the victories of Azerbaijan with great joy. Our congratulations to fraternal Azerbaijan!" he concluded.