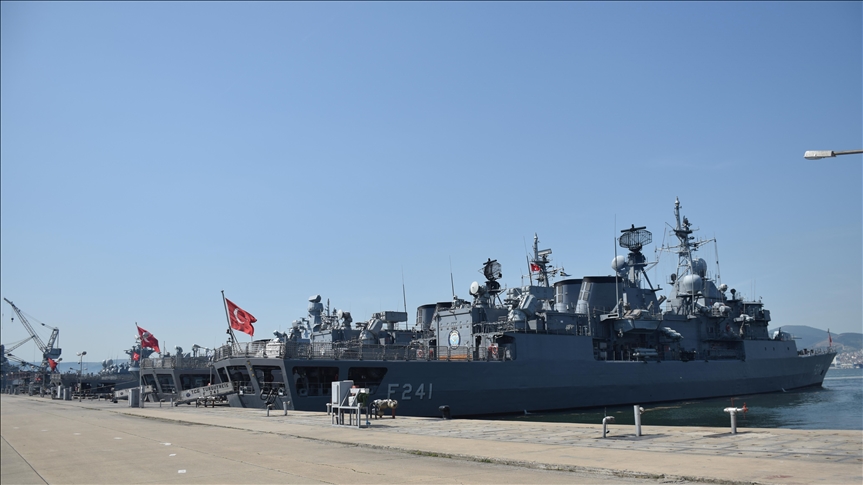 The Turkish navy on Tuesday started the Sea Wolf 2021 drill in the Aegean and Eastern Mediterranean waters, Anadolu Agency reports.

In a caption with a video of the drill shared on Twitter, the National Defense Ministry called the Turkish navy "the lightening claw of the waters."

Sea Wolf 2021, which will run through June 6, aims to test the management, efficiency, judgment, foresight, and decision-making abilities of the naval forces.

In the final phase of the drill, 83 ships will visit 22 ports in the Aegean and Eastern Mediterranean.

The Turkish navy carried out a similar drill, Blue Motherland, in March 2019.