Turkey next to Azerbaijan in its just struggle - defense minister 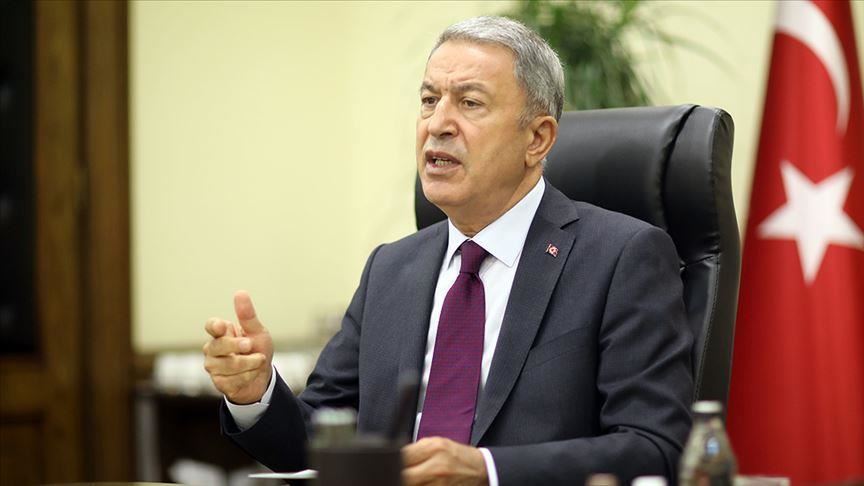 Turkey is next to Azerbaijan in its just struggle to the end, Turkish Minister of National Defense Hulusi Akar said.

Akar made the remark at an event dedicated to the memory of the martyrs of the Sarikamysh battle.

“Following the example of our ancestors, who became the bearers of peace and justice on three continents, the glorious Turkish army is fighting to ensure the security and well-being of friendly and fraternal countries,” noted the minister.

Within the framework of the UN, NATO, OSCE, as well as bilateral agreements, Turkey is making great efforts to contribute to the achievement of peace in Azerbaijan, Libya, Kosovo, Afghanistan, Bosnia and Herzegovina, Qatar, Somalia, Sudan, and many other countries, Akar stressed.

The Turkish defense minister emphasized the importance of the slogan that Turkey and Azerbaijan are one nation, two states.

“We also recall with great gratitude the assistance rendered in due time by the fraternal Azerbaijani people to our soldiers, who were forcibly held on Nargin Island. And we, with all our capabilities, will be by the side of our brothers to the end in their just struggle. We are next to our Azerbaijani brothers in sorrow and joy,” Akar added.