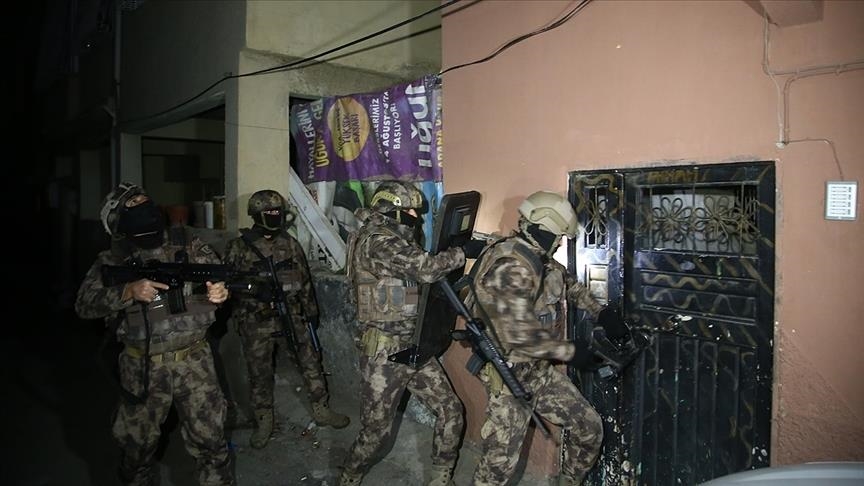 Security forces in Turkey arrested a total of 68 suspects across the country on Monday over their alleged links to the PKK terror group, Anadolu Agency reports.

Prosecutors in the eastern Agri province launched an investigation about 13 suspects named by others previously arrested for PKK links.

Operations to arrest the remaining suspect are ongoing.

Six other suspects who allegedly spread PKK propaganda over social media were also arrested by the counter-terrorism police in simultaneous operations in the northwestern Balikesir province.

A Balikesir-based operation conducted simultaneously in 20 provinces resulted in the arrests of 37 suspects for financing the terror organization members.

Multiple weapons and documents related to the organization were seized by the police, while another operation was launched to arrest nine more suspects.

In another operation, seven more suspects were arrested in an operation conducted in the Aegean Izmir province.

This came after local prosecutors issued arrest warrants for four suspects over terror group membership and six others for spreading propaganda for the PKK.

In the eastern province of Elazig, three more suspects were arrested by police for spreading PKK propaganda.

Three other suspects were arrested for making propaganda favoring the terror group in the Adana province on the Mediterranean coast.

In its more than 30-year terror campaign against Turkey, the PKK -- listed as a terrorist organization by Turkey, the US, and the EU -- has been responsible for the deaths of 40,000 people, including women, children and infants.