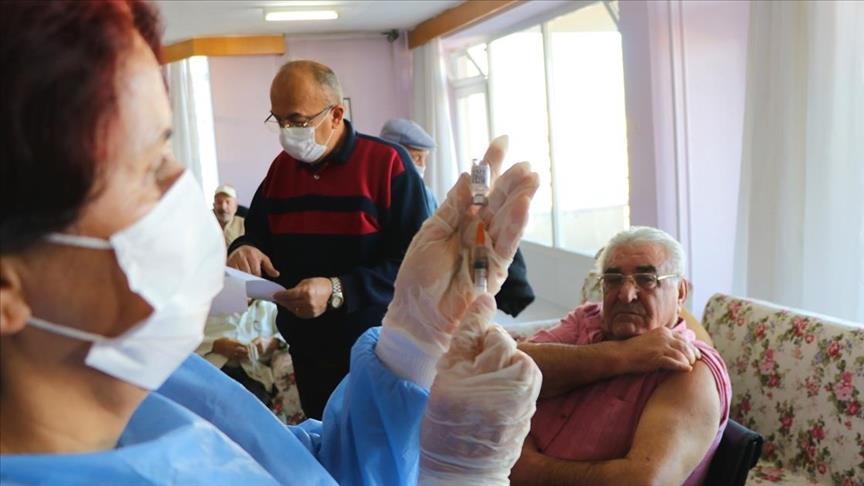 Turkey has begun administering the coronavirus vaccine on people aged 75 and above, Anadolu Agency reports.

Nationwide vaccination started on Jan. 14 after the Chinese Sinovac was granted emergency use approval by Turkey's drug regulatory authority.

So far, senior citizens over 90 and 80 years old at care homes or their residences have been vaccinated.

Also, vaccination is ongoing for employees at pharmacies and students studying the subject at the university level.

According to the official figures released by the Health Ministry, Turkey has vaccinated 1.524 million people as of Thursday morning, including frontline health workers.

The vaccine jabs will be given in two doses, 28 days apart.

The nationwide tally of cases has passed 2.44 million, while the death toll has surpassed 25,400. Recoveries topped 2.33 million.

The pandemic has so far claimed more than 2.17 million lives in 192 countries and regions since it emerged in December 2019, according to the US' Johns Hopkins University. More than 100 million cases and over 55.86 million recoveries have been reported worldwide.