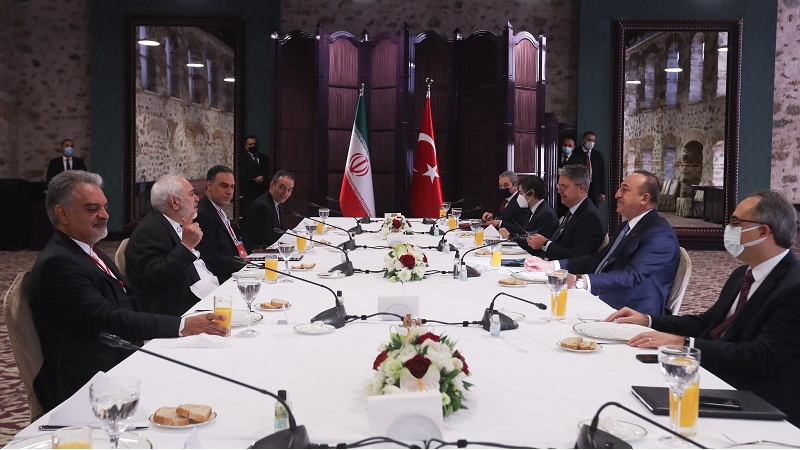 Foreign Minister Mevlut Cavusoglu and his Iranian counterpart Javad Zarif reiterated Turkey and Iran’s commitment to cooperate to ensure stability and peace in the region, as they touched upon the set of mechanisms in this regard, Daily Sabah reports.

Speaking in a joint news conference after a bilateral meeting in Istanbul on Friday, Cavusoglu said Turkey has multiple diplomatic mechanisms with Iran, including the ones in the Caucasus and the Astana format for Syria.

“We are working on a mechanism with Afghanistan as well,” he said.

Noting that the two countries are located in a region “plagued by many problems,” Cavusoglu said they need to work to not only strengthen bilateral ties, but also the strategic partnership.

Zarif also said relations between the two countries have survived “even in the hardest times.”

“These well-established relations will sustain in the future as well,” Zarif said.

The Iranian top diplomat also said Ankara-Tehran cooperation in the Caucasus region would also benefit the people of the region to a great extent.

He noted that the two countries are working with Afghanistan for a trilateral mechanism upon the request of the Kabul administration.