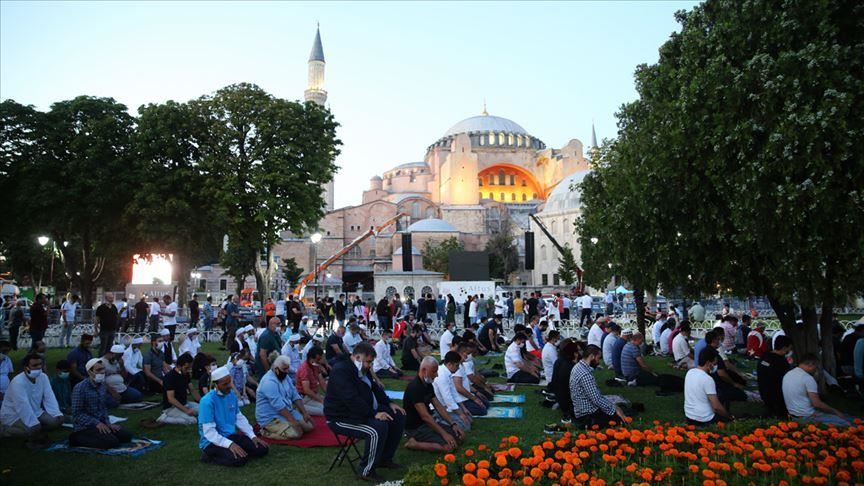 Turkey’s iconic Hagia Sophia Mosque will reopen for worship for the first time in 86 years with Friday prayers on Friday, Anadolu Agency reports.

One of the most visited historic buildings in Turkey by domestic and international tourists, in 1985, during its time as a museum, Hagia Sophia was added to the UNESCO World Heritage List.

On July 10, a Turkish court annulled a 1934 Cabinet decree that had turned Hagia Sophia into a museum, paving the way for its use again as a mosque after an 86-year hiatus.

In the new era for Hagia Sophia, Turkey’s Religious Affairs Directorate will oversee religious services at the mosque, while the Culture and Tourism Ministry will supervise restoration and conservation work.

The architectural treasure will also be open to both domestic and foreign tourists free of charge.