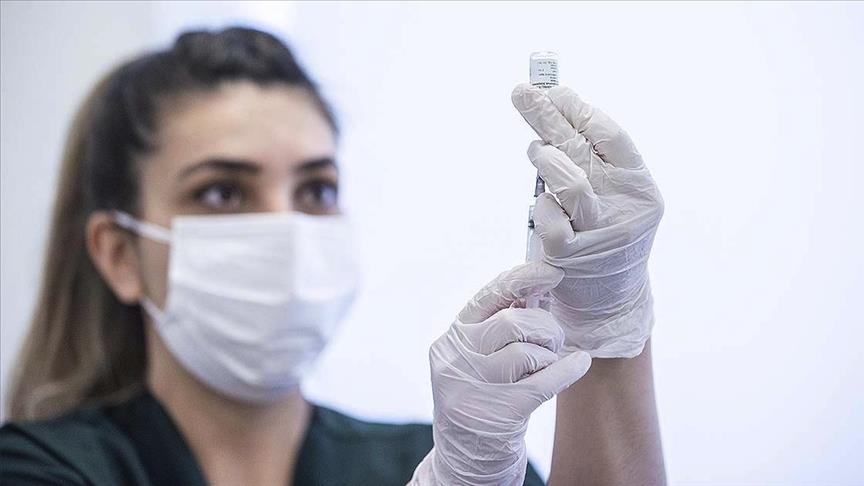 Turkey has so far administered more than 10 million coronavirus vaccine jabs across the country, according to official figures on Monday.

According to Turkish Health Ministry data, over 7.58 million people to date have received their first doses of a vaccine against the novel coronavirus, while second vaccine doses were given to more than 2.45 million.

In the commercial hub Istanbul, home to nearly one-fifth of Turkey’s population, over 1.59 million coronavirus vaccine jabs were administered, including more than 1.17 million first doses and 422,578 second doses.

Following Istanbul, more than 824,468 coronavirus vaccine jabs were given in the capital Ankara.

"As of today, 10 million doses of vaccines were administered. I thank all of our personnel who had contributed to this. Our nation deserves the best," he said.

On Jan. 14, Turkey began a mass COVID-19 vaccination campaign, starting with healthcare workers along with top officials to encourage public confidence in the vaccines.

Turkey started to gradually normalize from coronavirus restrictions as of March 1.

The country has so far confirmed more than 2.78 million cases, including 29,030 fatalities and over 2.62 million recoveries.

The pandemic has claimed nearly 2.59 million lives in 192 countries and regions since it originated in China in December 2019.

Over 116.87 million cases have been reported worldwide, with recoveries now surpassing 66.15 million, according to figures compiled by the US' Johns Hopkins University.

The US, India, and Brazil remain the worst-hit countries in terms of cases.