Turkey extends duration of its Navtex until Sept. 12 in East Med 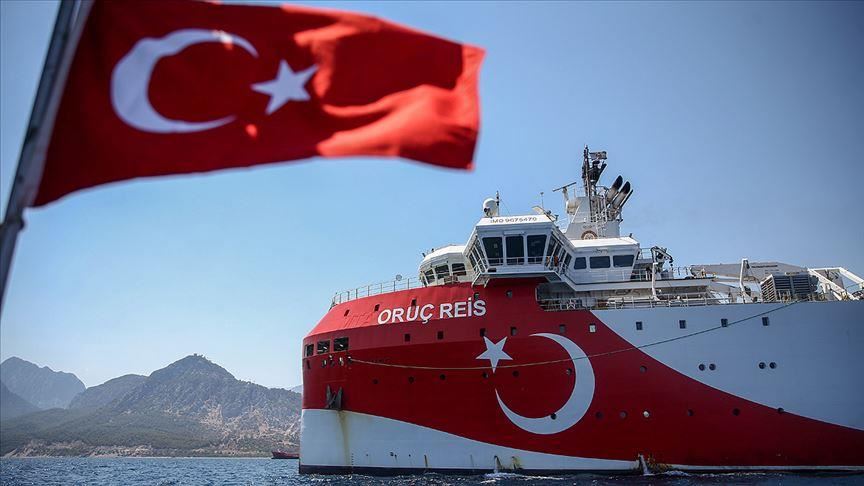 Turkey extended the duration of its a new navigational telex (Navtex) on Monday until Sept. 12 in the Eastern Mediterranean, Daily Sabah reports.

According to the new statement, Cengiz Han and Ataman will continue to accompany the energy exploration activities of the Oruç Reis seismic research vessel.

On Thursday, the Turkish Naval Forces (DzKK) Office for Navigation, Hydrography and Oceanography (OHNO) said Turkey has issued a Navtex to extend the energy exploration activities of the Oruç Reis, Cengiz Han and Ataman ships in the Eastern Mediterranean until Sept. 1.

Last month, after Athens objected to Ankara's seismic survey in an area south of the island of Kastellorizo (Megisti-Meis), German diplomatic efforts helped defuse tensions between the two neighbors.

But Greece's controversial move to sign a maritime delimitation agreement with Egypt, which Turkey says violates its continental shelf and maritime rights, has exacerbated tensions between Athens and Ankara.

Ankara accuses Athens of pursuing maximalist policies in the Eastern Mediterranean and underlines that its maritime claims constituted a violation of Turkey's sovereign rights.