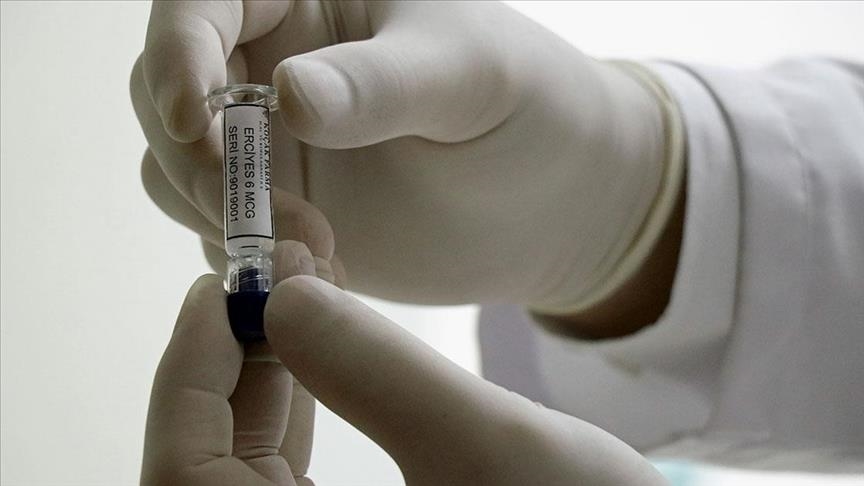 Studies for a Turkish-made coronavirus vaccine is planned to enter Phase 2 after Dec. 15, according to a researcher on Sunday, Anadolu Agency reports.

Speaking to Anadolu Agency, Ahmet Inal, deputy head of a clinical practice and research center in central Kayseri province, said that as part of the Phase 1 studies of the ERUCOV-VAC vaccine, 44 volunteers were vaccinated with the first dose in early November and no side effects have been reported.

The lack of safety concerns in Phase 1 allowed them to move on to test the second dose on the volunteers, which started on Nov. 26.

After the Phase 1 evaluations completed, the Phase 2 studies are planned to start in two weeks, Inal said.

“We have checked all data of the vaccine, the local vaccine is pretty safe,” he said, adding that around 200-250 volunteers are planned to be vaccinated in the Phase 2.

He also said that the vaccine should be put in use as soon as possible to curb the spread of the virus.

“Because we have 82-million population. When we think of vaccinating two doses in a year, it makes 164 million [doses],” Inal said.

He said, for instance, China will produce 600 million doses of vaccine, but it cannot sell all of it as it has to think of its own people too.

“What Turkey will get is 50 million doses. Therefore, you should certainly complete your own vaccine,” he said, noting that under current circumstances, states cannot get whole amount of vaccine they need from outside even though they pay for it.

“Because you cannot buy something that does not exist. Vaccine has become more valuable,” Inal stressed.

The ERUCOV-VAC vaccine is being developed at the Erciyes University in the central Kayseri province with support from Turkey's Institutes of Health Administration (TUSEB).

Since it emerged last December in China, COVID-19 has infected over 66.84 million people and claimed more than 1.53 million lives worldwide, according to a tally by the US' Johns Hopkins University.