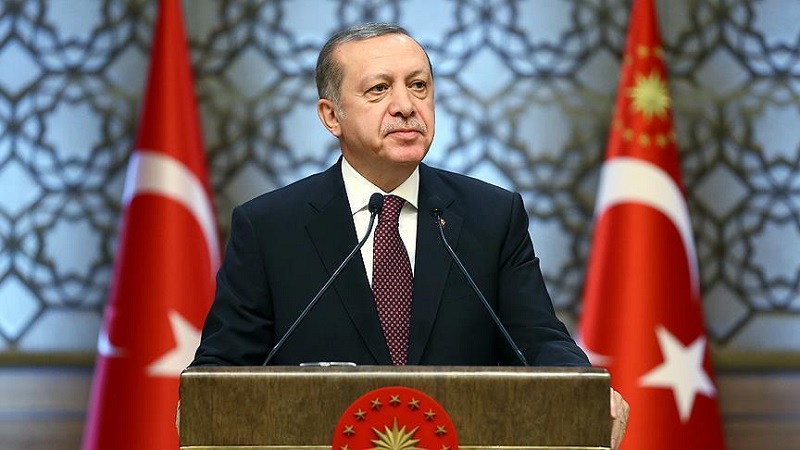 Turkey has contributed to the cessation of the 30-year occupation of the Nagorno-Karabakh region, Turkish President Recep Tayyip Erdogan said at a parliament meeting on Wednesday.

“Turkey has faced extremely difficult problems in the region, from the Eastern Mediterranean to Libya, from Syria to the Nagorno-Karabakh region,” Erdogan said.

“But we will continue to fight and suppress terrorism,” the president added. “Turkey is the only country in NATO that fights terrorists face to face. Turkey saved democracy in Libya by supporting the legitimate government.”

He stressed that Turkey created the conditions for the Federal Republic of Somalia to achieve stability.

“Turkey has contributed to the cessation of the 30-year regime of occupation and plunder in the Nagorno-Karabakh region, to which many countries turned a blind eye," Erdogan added.