Turkey committed to Montreux to prevent escalation in Ukraine: Erdoğan 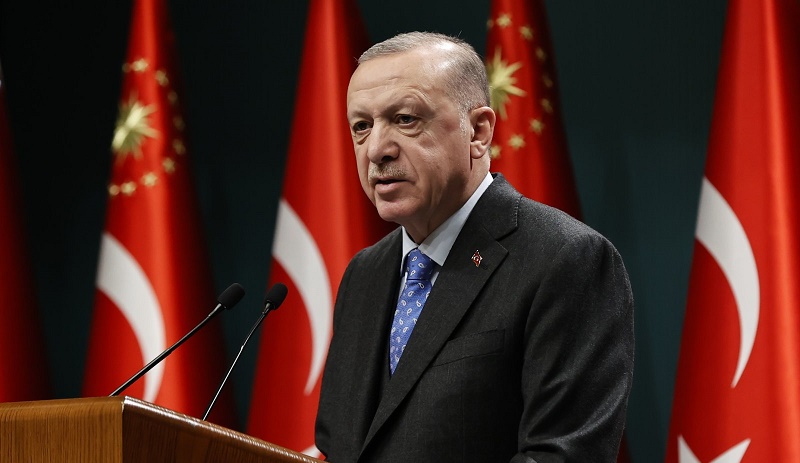 President Recep Tayyip Erdoğan on Monday said Turkey would use the authority given by the 1936 Montreux Convention pact on passage from its straits to prevent escalation of the Russia and Ukraine war, News.Az reports citing Daily Sabah.

Erdoğan added that Turkey could not abandon its ties with Ukraine and Russia but stressed he was “very saddened” by Moscow’s aggression on its southern neighbor.

“Turkey is determined to use the authority given by the Montreux Convention on Turkish Straits in a manner to prevent escalation of the Russia-Ukraine crisis,” Erdoğan said in a press conference after a Cabinet meeting in the capital Ankara.

Under the 1936 Montreux Convention, NATO member Turkey controls the Bosporus and Dardanelles straits, linking the Mediterranean and Black seas. The pact gives Ankara the power to regulate the transit of naval warships and to close the straits to foreign warships during wartime and when it is threatened.