Tsukerman: Distrust in political process will lead to further social polarization in US 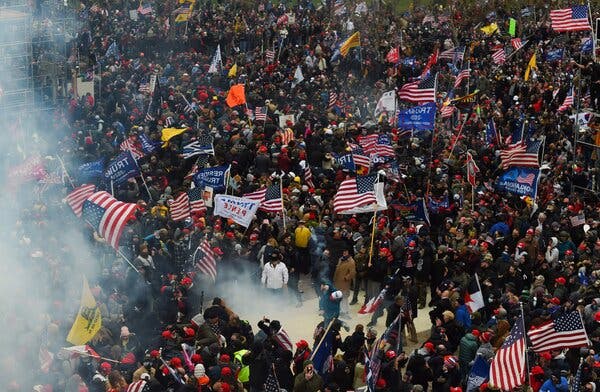 After some political upheaval, the US Congress has certified the electoral votes for Joe Biden, making him officially the President-Elect, Irina Tsukerman, a US-based human rights lawyer and national security analyst, told News.Az.

She noted that President Trump has finally conceded the election and said that there would be a peaceful transition to power.

“Presumably all challenges to this election are being dropped and Biden will be inaugurated on January 20th.  However, many questions still remain, a US-based human rights lawyer and national security analyst,” Tsukerman said.

“For instance, some Republicans had the same concerns about the last special Senate race that was extremely close but was won by Democrats in both instances, and are worried that some of the "ballots" that went to the prevailing candidates were "cured" against the rules. We also see that some of the problems with the state systems remain the same,” the national security analyst added.

According to Tsukerman, it is in the interests of both parties to avoid controversies about the process, which have led to turmoil, distrust in the system, mutual recriminations, and unfortunately, extreme reactions such as what we observed with the riots at the Capitol.

“The irony, of course, was that these attacks ultimately undermined the process of political discussion led by some Republican Senators and Representatives who wanted to audit the results of the elections in public to settle this issue and to make note of any issues so that the problems could be avoided in the future. As a result, that effort was destroyed and discredited in the views of many who now have unfairly lumped the very people trying to solve the problem in a peaceful practical way with instigators and violent protesters,” she said.

Tsukerman continued: “Needless to say, people's reactions vary depending on where they stand politically and what they hope to gain from this process, but some are exhausted from the never-ending controversies and are willing to ignore real concerns in order to move on to their lives. However, the distrust in the political process and in the governance sowed by the unsettled controversies and mutual name-calling and accusations will ultimately come to damage both parties and lead to further social polarization and splintering of the political process. To avoid potentially tainted elections in the future, both parties need to revisit the issue once the heat of this presidential election dies down and calmly agreed on a mutually satisfactory process and pre-election terms and start implementing them in the midterms in 2022 giving enough time to settle any problems before the next presidential election.”