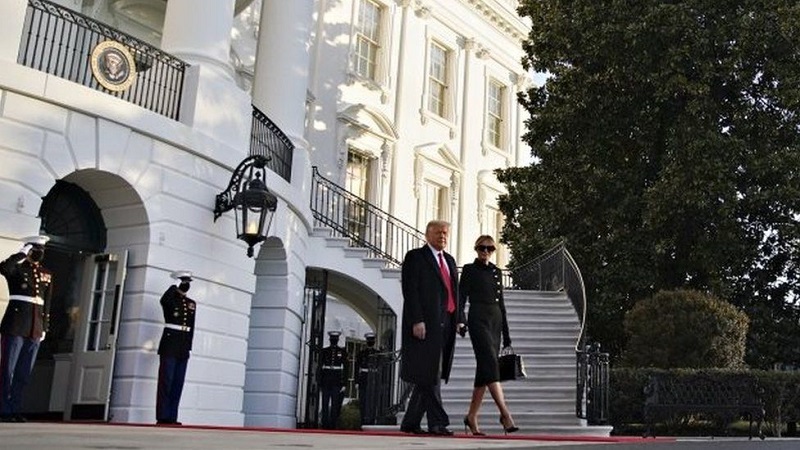 Donald Trump has left the White House for the final time of his presidency, ahead of the inauguration of Joe Biden, BBC News reports.

Mr Trump has taken a helicopter to the nearby Andrews base, where he is now speaking, and will then board the Air Force One plane for Florida.

He is the first president to snub his successor's inauguration since 1869.

Mr Biden will take the oath of office by noon (17:00 GMT) in Washington, which has been fortified following a deadly riot at the Capitol this month.

Some 25,000 troops will guard the inauguration ceremony, which will be missing the traditional hundreds of thousands of spectators due to the coronavirus pandemic.

Alongside Mr Biden, Kamala Harris will make history when she is sworn in as the nation's first woman vice-president.

Ahead of his inauguration Mr Biden on Wednesday set out 15 executive actions he would take immediately, covering climate, equality, immigration and coronavirus.