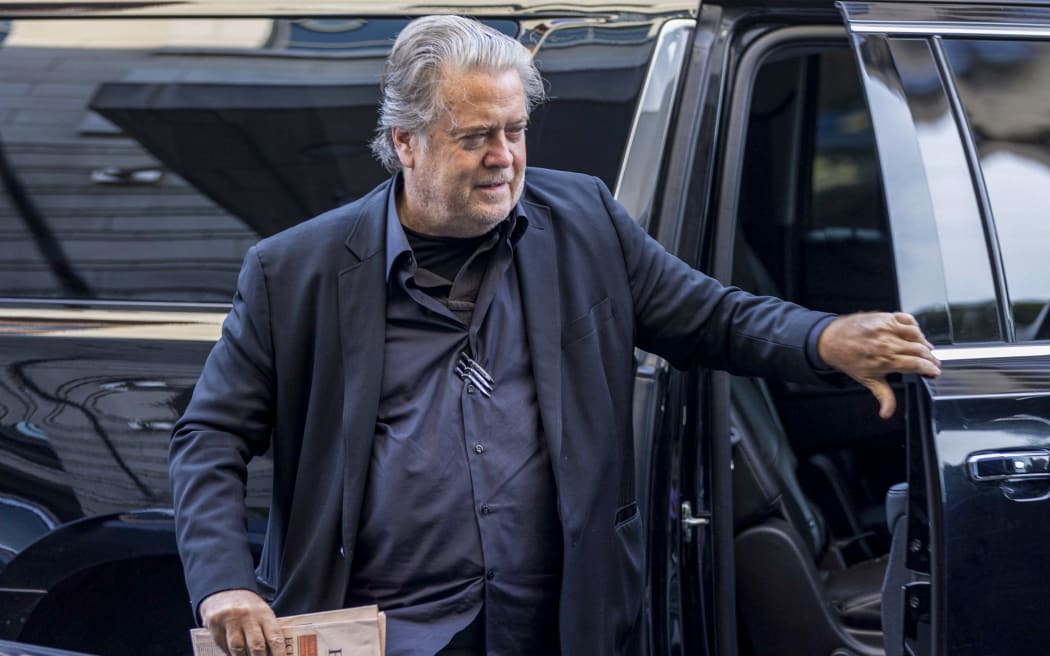 Steve Bannon, a key associate of former President Donald Trump and an influential figure on the American right, was convicted on Friday of contempt of Congress for defying a subpoena from the committee probing last year's attack on the U.S. Capitol, a verdict the panel called a "victory for the rule of law", News.Az reports citing Reuters.

A jury found Bannon, 68, guilty of two misdemeanor counts for refusing to provide testimony or documents to the House of Representatives select committee as it scrutinizes the Jan. 6, 2021, rampage by Trump supporters who tried to upend the results of the 2020 presidential election.

The verdict by the jury of eight men and four women, after less than three hours of deliberations, marked the first successful prosecution for contempt of Congress since 1974, when a judge found G. Gordon Liddy, a conspirator in the Watergate scandal that prompted President Richard Nixon's resignation, guilty.

Bannon was a key adviser to the Republican Trump's 2016 presidential campaign, then served as his chief White House strategist during 2017 before a falling out between them that was later patched up. Bannon also has played an instrumental role in right-wing media.

"We lost a battle here today. We're at war," Bannon told reporters after the verdict.

Bannon castigated the "members of that show-trial committee" who he said "didn't have the guts to come down here and testify in open court." Bannon opted not to testify in his own defense.

"The conviction of Steve Bannon is a victory for the rule of law," Committee Chairman Bennie Thompson, a Democrat, and Vice Chair Liz Cheney, a Republican, said in a statement.

"Just as there must be accountability for all those responsible for the events of January 6th, anyone who obstructs our investigation into these matters should face consequences. No one is above the law," they added.

Bannon's defense team in closing arguments on Friday suggested that Bannon was a political target and painted the main prosecution witness as a politically motivated Democrat with ties to one of the prosecutors, including belonging to the same book club. The prosecution said Bannon showed disdain for the authority of Congress and needed to be held accountable for unlawful defiance.

Prosecutor Molly Gaston told jurors the attack represented a "dark day" for America, adding: "There is nothing political about finding out why Jan. 6 happened and making sure it never happens again."