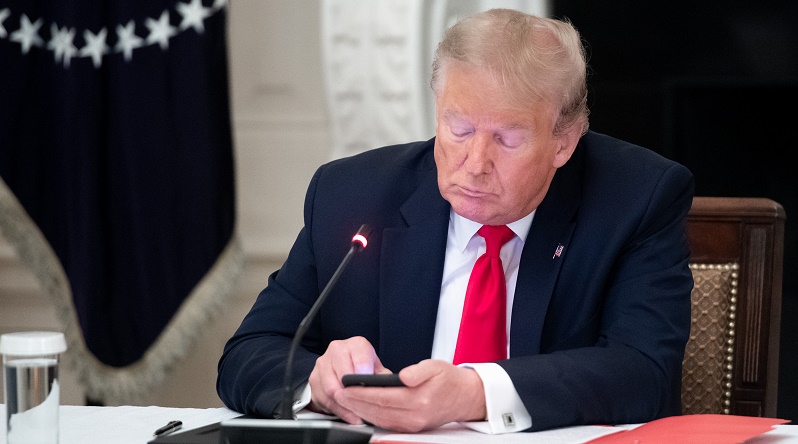 Former U.S. President Donald Trump announced Wednesday that he will launch a new media company with its own social media platform, nine months after he was barred from Twitter and Facebook, Xinhua reports.

The new company, called Trump Media and Technology Group (TMTG) and chaired by Trump, will become a publicly listed company after its merger with Digital World Acquisition Corp., and will soon launch a social network named "TRUTH Social," according to a press release by the TMTG.

The press release said TMTG's mission "is to create a rival to the liberal media consortium and fight back against the big tech companies of Silicon Valley, which have used their unilateral power to silence opposing voices in America."

That is a thinly veiled reference to tech giants like Twitter and Facebook, where Trump's accounts were closed following the Capitol riot on Jan. 6. The former president was impeached for incitement of insurrection in the aftermath of the riot.

"I created TRUTH Social and TMTG to stand up to the tyranny of big tech," Trump said in a statement. "TMTG was founded with a mission to give a voice to all."

TRUTH Social is now available for pre-order in the Apple App store and is planning to begin its Beta launch for invited guests in November, according to the press release, with the nationwide rollout expected in the first quarter of 2022.

Trump has been permanently kicked off Twitter, and Facebook said earlier this year that he will remain suspended from its networks for at least two years. Trump filed a motion on Oct. 1 asking a federal judge to force Twitter to reopen his account.

An earlier effort over the summer by Trump to maintain a presence on social media resulted in a personal blog site in lieu of Twitter being abandoned less than one month after its creation.