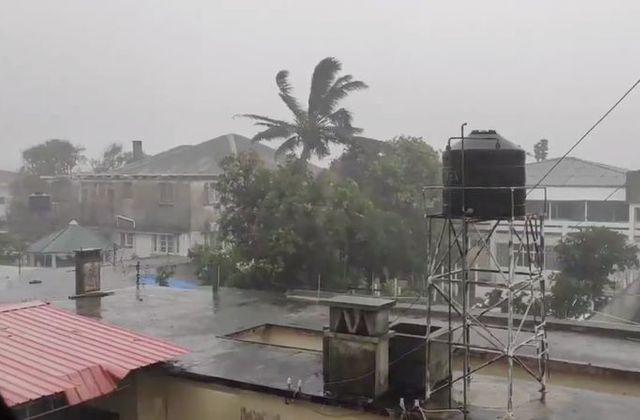 Tropical cyclone Eloise made landfall in Mozambique early on Saturday, hitting the coastal city of Beira with huge gusts of wind and heavy rains, but was losing strength as it progressed, a South African weather official said.

“Eloise made landfall around 2:30 a.m. in the morning with wind speeds of 160 kilometres per hour (kph)(99 miles per hour),” said Mbazhi Maliage, a forecaster at South African Weather Service.

Cars were submerged in water, walls of some low lying buildings collapsed and swathes of land were flooded in the city of Beira, posts on Twitter showed. Reuters could not independently verify the authenticity of the posts.

Power supplies were shut down as the cyclone damaged power lines and uprooted some electricity poles, a source at power utility EDM said.

Rains had now subsided and EDM was assessing the damage, the source said, while internet and telephone lines were also down in several coastal and inland districts around Beira.

The World Meteorological Organisation in a Twitter post said the cyclone had weakened to a tropical storm, and will bring heavy rains to parts of Zimbabwe, South Africa, Botswana.