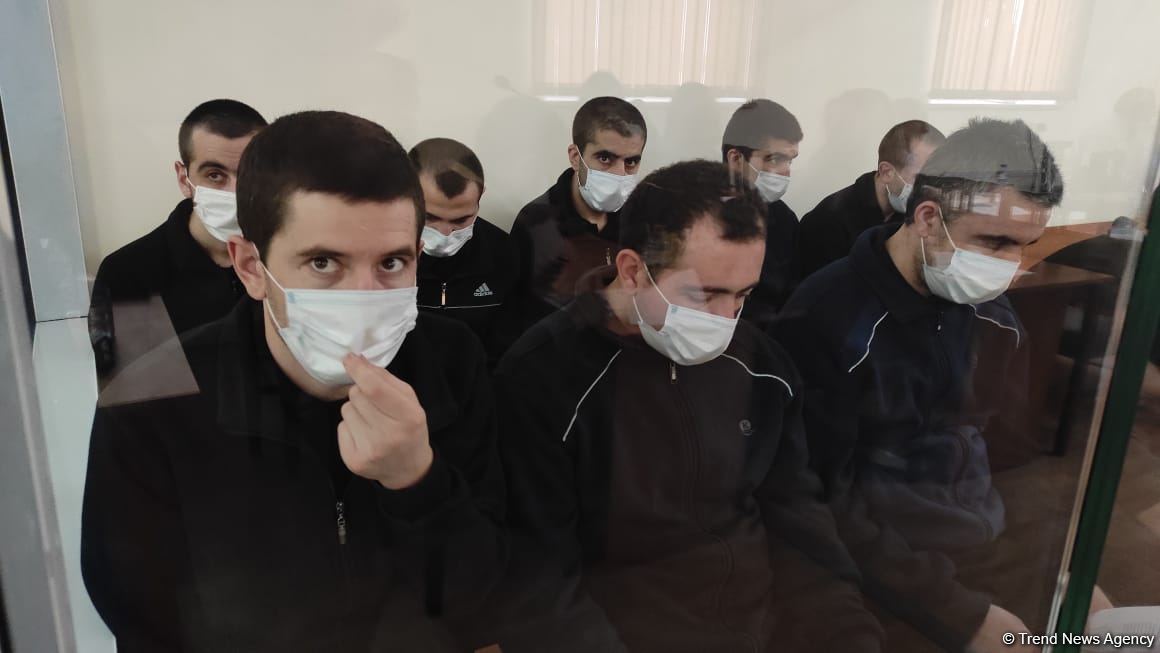 The trial on the criminal case against 13 members of the terrorist armed group consisting of Armenian citizens continues at the Baku Court on Grave Crimes on July 1.

An indictment was read out at the trial chaired by Judge Azad Mejidov.

The investigative bodies revealed that a group of Armenians, illegally acquiring weapons, components for the weapons, ammunition, explosives, and devices, created armed formations not envisaged by the law.

An armed group consisting of 13 people illegally crossed the state border of Azerbaijan on November 17, 2020, and took up the positions in the forest in the Hadrut settlement of Khojavend district.

The members of the group carried out subversive activity here, attacked individuals, organized explosions, fires, committed other terrorist actions that threaten human life and health, to disrupt public safety, create panic among the population or influence the process of making decisions by the Azerbaijani state structures or international organizations until December 13, 2020.

An announcement was made at the trial that if during the trial the guilt of the accused is proven, they can be sentenced to imprisonment for a term of 14 to 20 years or to life imprisonment.

A break was announced at the trial, after which the accused will testify.

The accused face charges under Articles 214.2.1, 214.2.3 (terrorism committed by a group of people upon prior conspiracy by an organized group or criminal association (criminal organization) by using firearms and items used as weapons), 228.3 (illegal acquisition, transfer, sale, storage, transportation or carrying of weapons, components for weapons, ammunition, explosives and explosive devices by an organized group), 279.2 (an attack on enterprises, institutions, organizations or individuals as part of armed formations or groups not envisaged by the law) and 318.2 (illegal crossing of the state border of Azerbaijan by a group of people upon prior conspiracy or by an organized group) of the Criminal Code of the Republic of Azerbaijan.