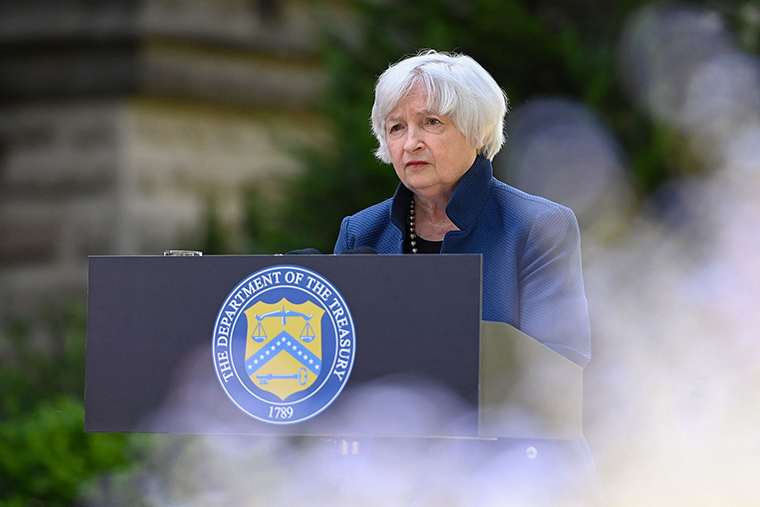 US Treasury Secretary Janet Yellen on Wednesday signaled US officials will likely end a carve-out in Western sanctions that has allowed Russia to continue making payments on its debt and avoid a default, News.az reports citing RIA.

Speaking at a press conference in Germany, Yellen said it is “reasonably likely” to expect the license will be allowed to expire on May 25.

“There has not been a final decision on that. But I think it’s unlikely it would continue,” Yellen said.

When we first imposed sanctions on Russia, we created an exemption that would allow a period of time for an orderly transition to take place and for investors to be able to sell securities,” Yellen said. “And the expectation was that it was time-limited.”

Yellen signaled she is not concerned about the potential spillover caused by ending the license.

“Russia is not able right now to borrow in global financial markets. It has no access to capital markets,” Yellen said. “If Russia is unable to find a legal way to make these payments and they technically default on their debt, I don’t think that really represents a significant change in Russia’s situation. They’re already cut off from global capital markets and that would continue.”