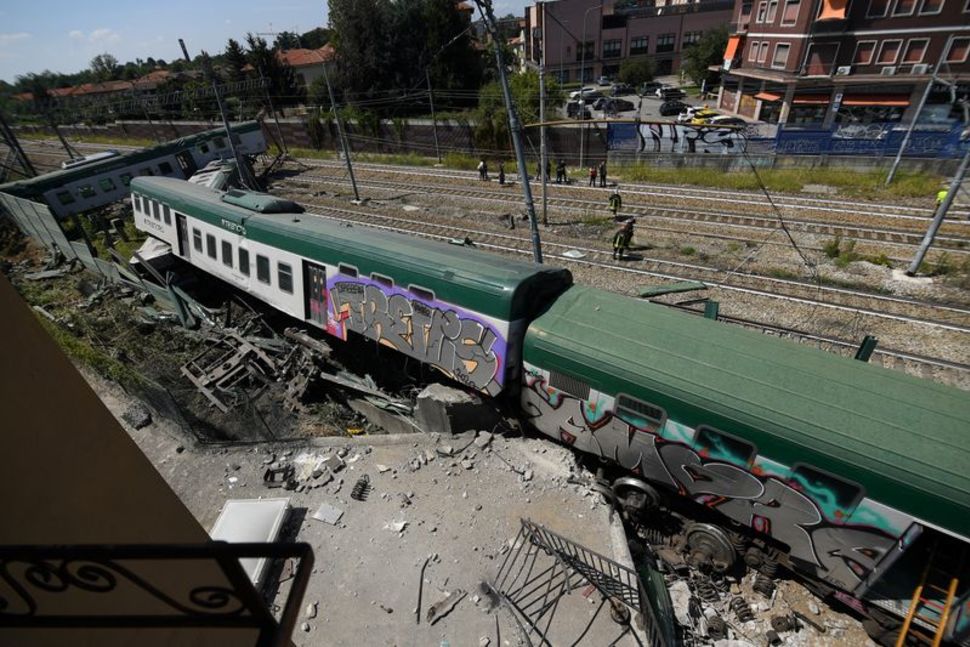 Three people were slightly injured after a local train derailed on Wednesday in the northern Italian region of Lombardy, Trenord, the rail company that operates the line, said.

The only passenger travelling on the train was given first aid on site but was then transported to hospital for precaution, a statement by Trenord said, adding that the driver and the conductor had been mildly injured too.

The line connects Milan and the Lake Como, and crosses a rich, industrial area known as Brianza, northeast of Italy’s financial capital.

The accident left three carriages derailed close to the station of the small town of Carnate, the statement said. The cause of the accident was being investigated, it added.