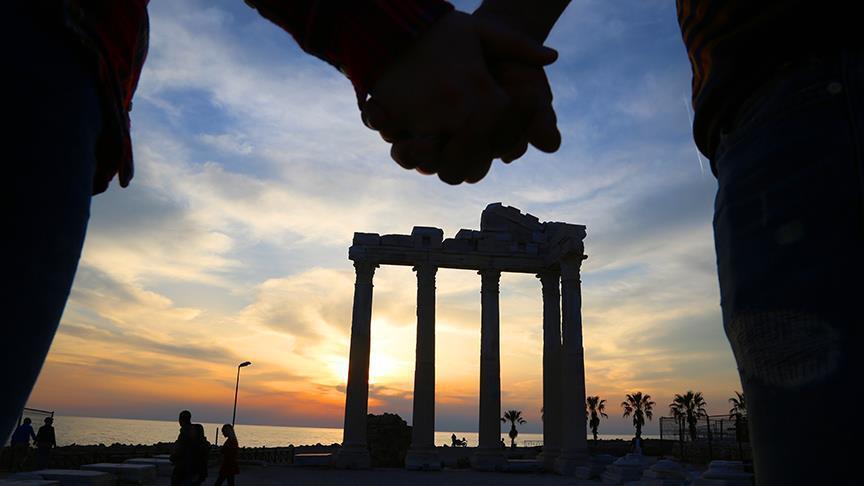 We trust that Turkey will soon see a rebound in international demand, head of UN World Tourism Organization says.

Secretary General of the United Nations World Tourism Organization is confident that the Turkish tourism sector will recover in the coming period.

In an exclusive interview with Anadolu Agency on Thursday, Taleb Rifai said Turkey was a "mature and consolidated destination" with a track record of fast recovery in times of crisis.

"We trust that Turkey will soon see a rebound in international demand. The diversification that the Turkish tourism sector has gone through and the efforts of the government will have to continue in the coming years so that the prominent role of the country as a major destination can be sustained," Rifai said.

The UN tourism chief underlined that no country was immune to security threats and terror attacks recalling the "dark actions" which occurred in multiple countries last year.

“We all have to recognize that most of the destinations attacked, including Turkey, have shown in the past a quick pace of recovery after a crisis of such nature.

"When I am asked about examples of crisis recovery, I always underline that Ataturk Airport was opened just hours after an attack, showing the strong resilience and determination of the country to overcome that tragedy," he said, referring to June 28 suicide bomb attack in Istanbul which killed 45 people, including 19 foreign citizens, and injured over 200 others.

Air traffic at the international airport was back to normal at around 2.20 a.m. local time on June 29, just hours after the deadly explosions.

Rifai said he visited Turkey at least once a year and he "never experienced any security issue nor did I hear anybody to complain about that".

"On the contrary, most of the people that I know who have visited the country highlight how secure they and the Turkish citizens feel and how peaceful the country is."