Toshiba CEO steps down amid opposition to restructuring efforts 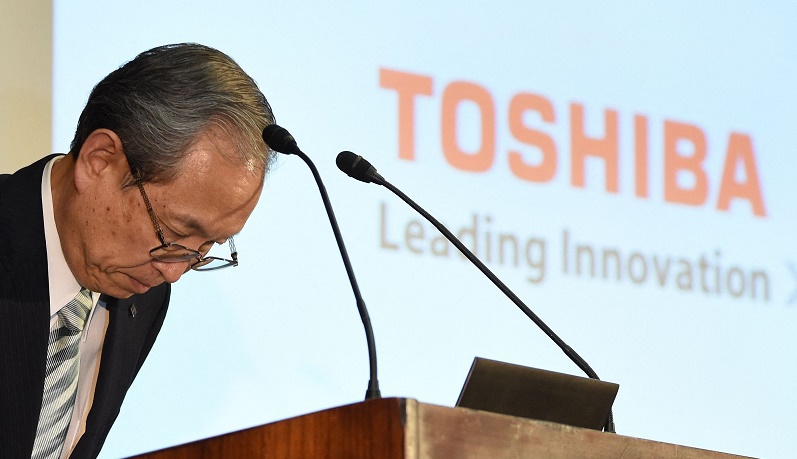 Tsunakawa will be replaced by Taro Shimada, an executive officer and corporate senior vice president, under a decision made at a Toshiba board meeting Tuesday, the Tokyo-based company said.

Shimada was an executive at Siemens, both in Japan and the United States, before joining Toshiba Corp. in 2018, working in its digital operations.

He faces the challenge of leading a restructuring plan that’s drawn criticism from shareholders. In February, Toshiba said it plans to split into two companies, one focused on infrastructure and the other on devices.

Shimada said he takes pride in being the first CEO with a background in digital technology and hopes that will be a plus for Toshiba's energy business.

“I have been at Toshiba for only three years, but I love Toshiba,” he said.