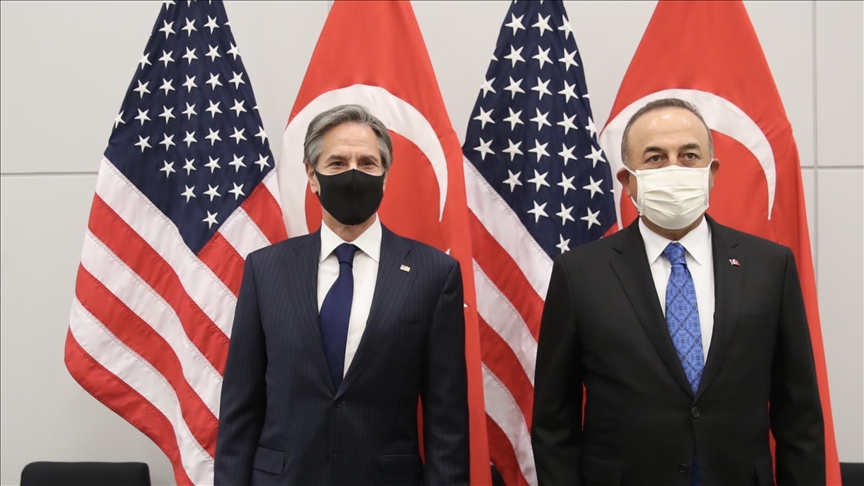 Turkish Foreign Minister Mevlut Cavusoglu and US Secretary of State Antony Blinken discussed the Afghan peace process and a number of other issues in a phone call Monday, Anadolu Agency reports.

"Had a useful and constructive phone call w/US Secretary of State @SecBlinken. Discussed bilateral issues on our agenda, #Afghanistan peace process, Istanbul Conference to be held in this regard, #Syria and the #MiddleEast," Cavusoglu said on Twitter.

The Afghan government announced Sunday that a cohesive and unified peace strategy has been finalized for the forthcoming conference in Turkey.

According to the country’s High Council for National Reconciliation (HCNR), the strategy is aimed at preserving democracy and fundamental rights and institutions in the country.

Earlier in the day, Afghan Vice President Amrullah Saleh told a public gathering in the capital Kabul that an agreement on democratic values, a cease-fire and the establishment of a “peace government” would top the agenda of the Istanbul conference.

On Saturday, Washington’s special envoy for Afghanistan Zalmay Khalilzad held separate meetings with Afghan President Ashraf Ghani and Abdullah Abdullah, the chairman of the HCNR, as well as other senior officials.

In his meeting with Abdullah, the US official said the world expects “Afghanistan to attend the Istanbul Conference with a uniform strategy,” the HCNR said in a separate statement.

Earlier this week, Ghani proposed the formation of a transitional government to push forward the peace process.

No date has been announced yet for the proposed Istanbul conference, but it is likely to be held later this month.