Time has come to permanently keep attention to protection of rights of our compatriots living beyond OTS countries: Azerbaijani President 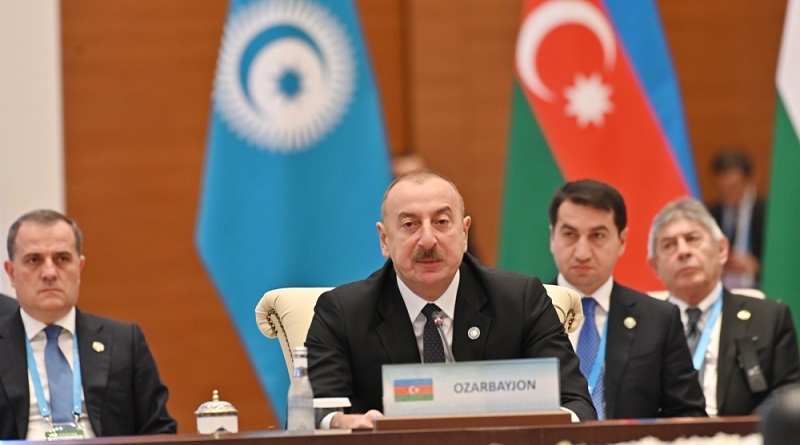 The Turkic world does not consist of independent Turkic states only, its geographical boundaries are broader, Azerbaijan’s President Ilham Aliyev said as he addressed the 9th Summit of the Organization of Turkic States (OTS) on Friday in Samarkand, Uzbekistan, News.Az reports.

“I believe that the time has come to permanently keep in mind, within the framework of the organization, issues such as preventing the assimilation and protecting the rights, security and national identity of our compatriots living beyond the countries that are members of the Organization of Turkic States,” the head of state noted.

The young generation of the Turkic world should have the opportunity to study in their mother tongue in the countries of their residence, said President Aliyev, adding. “Unfortunately, the majority of the 40 million Azerbaijanis living outside Azerbaijan are deprived of these opportunities.”