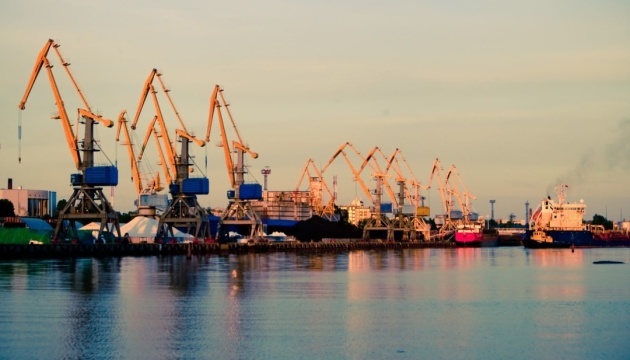 The Ukrainian Black Sea ports of Odesa, Chornomorsk and Pivdennyi have reopened after an agreement was signed in Istanbul to resume grain exports from Ukraine, the Ukrainian Navy said on Facebook, News.Az reports.

"In connection with the signing of the agreement to unblock Ukrainian ports for the export of grain, operations have been resumed in the ports of Odesa, Chornomorsk and Pivdennyi. The departure and arrival of ships to seaports will be carried out by forming a 'caravan' that will be accompanied by a pilot ship," the Navy said.

On July 22 in Istanbul, after a quadrilateral meeting between Ukraine, Turkey, the UN and Russia, a deal was brokered on the export of grain and other food from Ukrainian ports.

Turkey's Ministry of Defense said that a joint coordination center for monitoring "grain corridors," the creation of which is envisaged by the agreements reached as part of the deal, has already started operating in Istanbul.