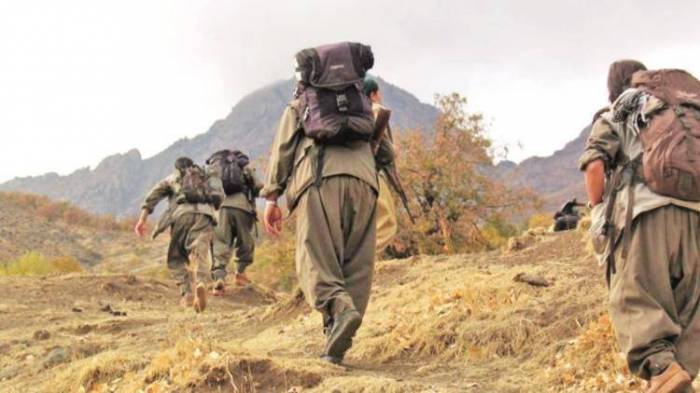 Armenia is not secretly preparing for war. It is already obvious that the country's authorities are intending to use the tactics tested in the early 90s to recruit terrorists and mercenaries from the Middle East.

Under the pretext of humanitarian cooperation with the Armenian communities in Iraq, Syria and Lebanon and assistance to fellow citizens affected by wars and disasters, the resettlement of ethnic Armenians from this region to the occupied Azerbaijani territories has been carried out for the fifth year. Such an action is illegal, constituting a flagrant violation of a number of international conventions on the occupied territories. However, the fact that Armenia keeps transferring militants from Middle East terrorist organizations to the occupied Nagorno-Karabakh region is concealed from the international community. This criminal process undermines the security of not only the Caucasus region, but also neighboring countries.

Reliable sources close to the Iraqi government told haqqin.az that this summer Yerevan, through the mediation of Armenian ambassador to Iraq Hrachya Poladian, reached out to the leaders of Kurdish organizations in this country and concluded an agreement with them on the deployment of militants of the PKK terrorist organization in Nagorno-Karabakh.

This is evidenced by the numerous visits of Poladian to the Kurdish autonomy in just two incomplete years of activity as the diplomatic representative of Armenia in Iraq. Moreover, all the visits did not meet the officially declared goals of establishing relations with the local administration and getting acquainted with the construction of the Armenian consulate in Erbil, the administrative center of the autonomy.

However, it should be noted that by the order of Nechirvan Barzani, President of the autonomous Kurdistan Region, his advisers Hemen Hamrani and Falah Mustafa during their meeting with Armenian ambassador Poladian refused to help establish a channel for transporting Kurdish militants to occupied Nagorno-Karabakh. According to the ambassador, the militants had to take anti-Turkey actions there. The administration of Iraqi Kurdistan did not get involved in an international adventure proposed by the Armenian diplomat.

Having failed in Erbil, Poladian went to Sulaimaniyah, the stronghold of the terrorist organization Kurdistan Workers' Party (PKK). The ambassador was accompanied by employees of the Armenian special services and military intelligence, who had arrived in Iraq through neighboring Iran. This was not the ambassador's first visit to the Iraqi city, and he has already built relations here with opponents of the Barzani-led Kurdistan Democratic Party (KDP) and the Patriotic Union of Kurdistan (PUK) – a Marxist political party that is very hostile to Turkey.

It is clear that the Patriotic Union of Kurdistan, chosen by Armenia as a partner, has long-established contacts in Russia and even publishes the Russian-language newspaper New Kurdistan. Having established contacts with terrorists, Poladian was helped by Aras Sheikh Jangi Talabani, a graduate of one of the Russian universities, fluent in Russian. Jangi Talabani is the nephew of Jalal Talabani, the founder of the PUK and a member of the party council.

As a result of Poladian’s purposeful travels around the country and his contacts with the leaders of the terrorists, an Armenian delegation met with representatives of Talabani clan, opposing the Barzani family. The meeting held in High Crest Hotel in Sulaymaniyah took place “in a warm and friendly atmosphere”.

The Armenians were welcomed by an audience – the PUK elite - Bafel Talabani, the son of the ex-president of Iraq and the founder of the Kurdish union Jalal Talabani, as well as PUK co-chairman and head of the Zanyari Kurdish intelligence service Lahur Sheikh Jangi Talabani. It should be noted that Zanyari, which had earlier taken an active part in the operation against ISIS, but later switched to internal political strife and troll battles on the Internet with the Barzani family. Opponents accuse Lahur Talabani of close ties with Iran, in particular with the Islamic Revolutionary Guards Corps (IRGC), which now practically controls the network of Kurdish militants in Iraq and Syria.

The guests from Yerevan met with these representatives of the most militant wing of the Kurdish establishment in order to enlist assistance in resisting the "expansion of Turkey" into the South Caucasus. The Armenians claimed that Ankara “had already sent its army to Azerbaijan to attack Armenia”.  The Armenian delegation saw one of the possibilities of countering the Turkish side in recruiting PKK militants in Iraqi Kurdustan and sending them to Nagorno-Karabakh to prepare for hostilities and train Armenians. And the PUK leadership approved the Armenians’ proposal.

Having secured the consent of the PKK leadership, the negotiators returned to Armenia. However, they stopped in Iran while returning home.

And soon the channel started working: hundreds of PKK militants from Sulaymaniyah recruited in northern Iraq, through the Iraqi settlements of Qala-Chivalan, Penjivin, Arbat-Ava, Diala and Bashmakh, arrived by bus to the town of Seyran Band, bordering Iran.

Crossing the border on foot, the militants ended up in the Iranian settlement of Sagiz, from where, with the assistance of the IRGC and the non-intervention of local authorities, they continued on Iranian buses through Kermanshah in the direction of Armenia and the occupied Azerbaijani territories. According to some reports, we are talking about several thousand militants, who are being transferred to Nagorno-Karabakh after being trained in IRGC bases in Iran.

Thus, along with the information on the route of movement of Kurdish militants from Iraq to Karabakh and the aggressive policy of the Armenian authorities, which unleashed new clashes with Azerbaijan, the intensification and deepening of military-technical cooperation between Azerbaijan and Turkey activated some regional powers provoking a new escalation of the Karabakh conflict…

The author is the editor-in-chief of the news-analytical portal haqqin.az