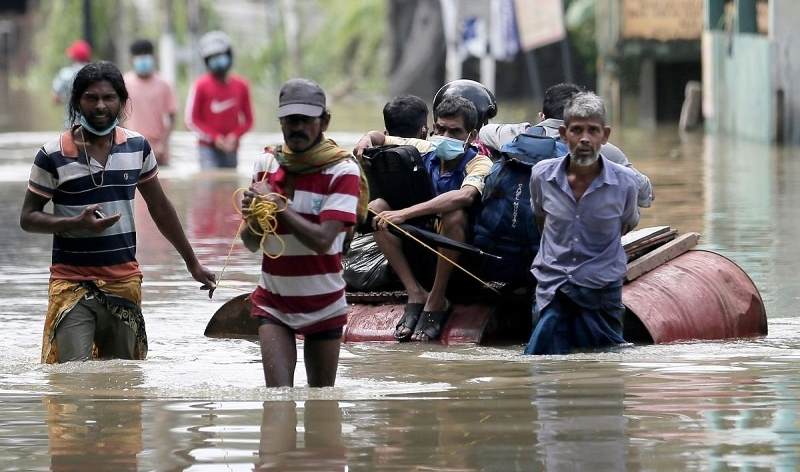 Army relief workers in aluminium dinghies handed out rice and other food to residents in submerged parts of the Sri Lankan capital as the death toll from monsoon floods across the country rose to 17 Monday, AFP reports.

The monsoon hits the South Asian country twice a year, bringing vital rain for irrigation and hydro-power generation, but it can be deadly and destructive.

At least 17 people have died since Friday, after heavy downpours inundated 10 of the country's 25 districts.

"Our kitchen is still flooded and we managed thanks to cooked food distributed by the military," Kusuma Dahanayake told AFP by telephone from Gampaha, the worst-affected district, just outside Colombo.

The 73-year-old said it was the worst flooding she had experienced at her home since she moved there in 1995.

Officials said floodwaters in the area were receding, but about 161,000 people were still unable to return to their homes.

The flooding in the area was exacerbated by the illegal filling of low-lying lands reserved for stormwater retention, they added.