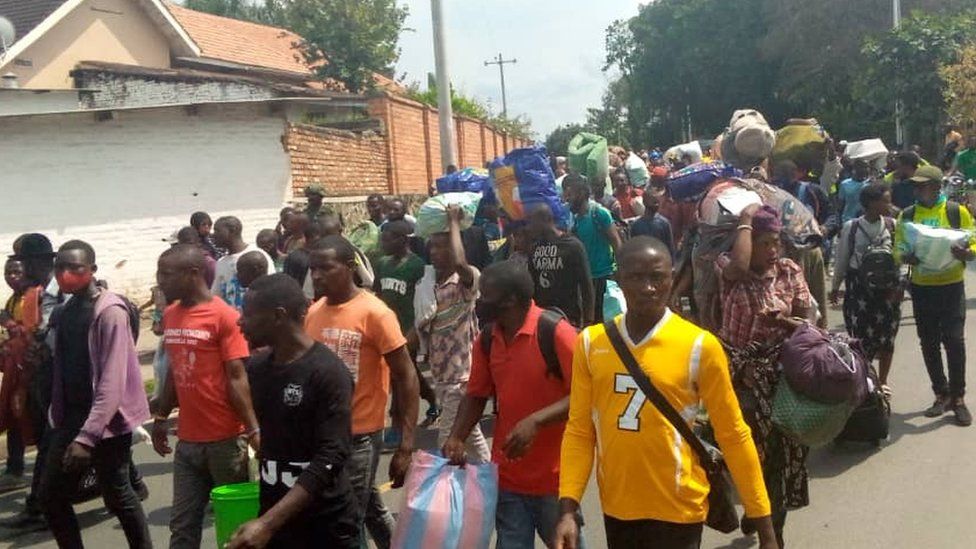 Thousands of people scrambled to flee the Congolese city of Goma on Thursday, some picking their way across landscapes scarred with lava, after officials said a second volcanic eruption could happen any time, Reuters.

Magma, the molten rock that normally stays beneath the earth's crust, had been detected beneath the city and the adjoining Lake Kivu, Constant Ndima Kongba, the military governor of North Kivu province, said, citing seismic and ground deformation data.

"Given these scientific observations, an eruption on land or under the lake cannot be ruled out at present, and it could occur with very little or no warning," he said.

Thirty-one people were killed on Saturday evening when Mount Nyiragongo, one of the world’s most active volcanoes, sent a wall of orange lava downhill towards the city, destroying 17 villages on the way.

The lava stopped just 300 metres short of Goma airport, the main hub for aid operations in eastern Democratic Republic of Congo. Much of the city was spared but hundreds of earthquakes since have destroyed buildings and opened cracks in the earth.

Ten neighbourhoods in the east of the city, which lay in the path of lava from the previous eruption in 2002, needed to move to Sake, around 13 miles (21 km) to the northwest, Ndima said.