The Zangazur corridor is the responsibility of Armenia: Azerbaijan's President 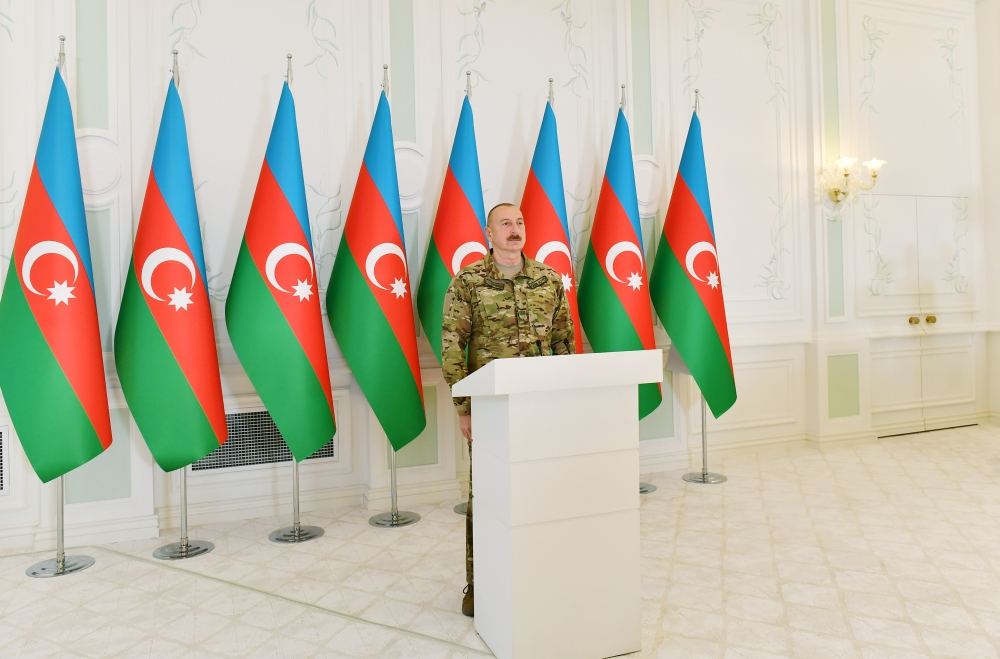 "We always respect all international agreements. We are a fair people and a fair country. If we have made a commitment, we will fulfill it. We are fulfilling all the obligations we undertook in the 10 November 2020 Statement. We have been fulfilling them for two years, but is Armenia doing the same? No! Immediately after the second Karabakh war, they were simply so afraid that they fulfilled those provisions without a single shot being fired, and the occupied territories of Aghdam, Kalbajar and Lachin districts were returned to us. If he hadn’t returned them, we would have smashed their heads again. But what next? Then they started biding the time again. I want to say again that this commitment has not yet been fully fulfilled. What are the Armenian armed forces doing in Karabakh? Our patience is not inexhaustible, and I want to warn them again that if this obligation is not fulfilled, Azerbaijan will take necessary steps," President of the Republic of Azerbaijan, Victorious Commander-in-Chief of the Armed Forces Ilham Aliyev said, speaking to the servicemen following the event organized on the occasion of the Victory Day in Shusha on November 8, News.az reports.

The Zangazur corridor is the responsibility of Armenia. It has taken this commitment upon itself. For two years, we have not been touching the cars moving from Armenia to Karabakh and in the opposite direction along the Lachin road. We have taken on this committed, we are delivering on it, and there is free movement. Armenia has also undertaken to have a road connection between the western regions of Azerbaijan and the Nakhchivan Autonomous Republic. Two years have passed, but there is no feasibility study, no movement, no railway, no road. How much longer are we supposed to wait?