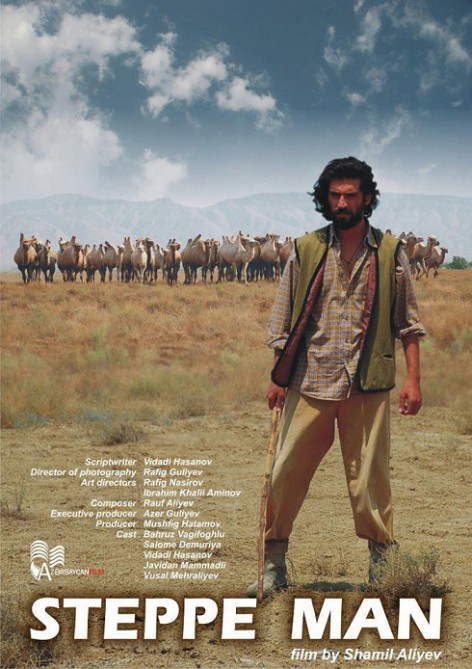 “The Steppe Man” was produced by Azerbaijanfilm at the order of the Ministry of Culture and Tourism of Azerbaijan. Its script was written by Vidadi Hasanov. Director of photography is Rafig Guliyev, art directors - Rafig Nasirov and Ibrahim Aminov, music by Rauf Aliyev, producers - Mushvig Hatamov and Azer Guliyev. Bahruz Vagifoglu (young steppe man), Vidadi Hasanov (elderly steppe-man), Javidan Mammadli (little steppe-man) and Salome Demoria, Vusal Mehraliyev and others were starring for the film.

The film is about a young steppe man who lives in remoteness from the city, closely tied to nature. His father teaches him the subtleties of life in the steppe. Soon after his father’s death, the young man meets a girl from a city. Their meeting becomes a new page in his life, a step to a big life unfamiliar to him before.

“The Steppe Man” has already attended over 64 international film festivals and forums and received a number of awards.