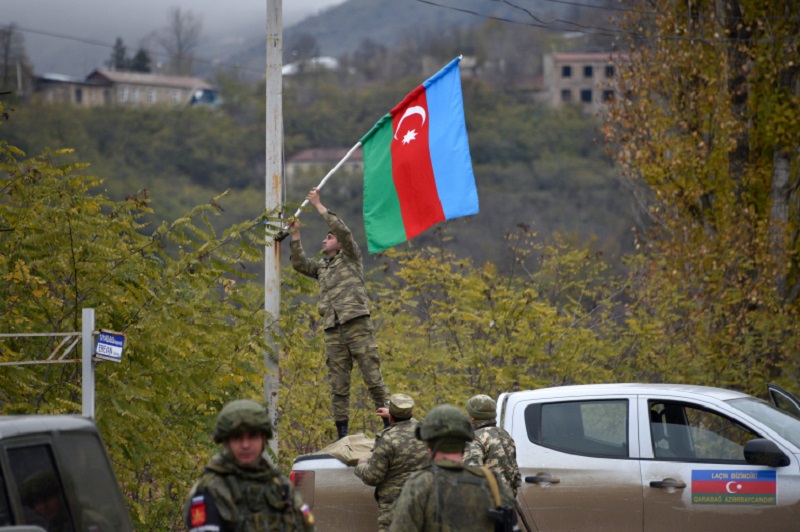 A year ago, in my analysis for this portal, I wrote about the precarious developments in the Armenia – Azerbaijan relations and how these threaten peace and security in the South Caucasus. The “possibility” connotation in its title “a historic chance for a peaceful settlement might be lost” was an attempt to retain some hope although there was actually little ground to be hopeful.

The piece was written against the backdrop of the illegal “presidential” and “parliamentary” elections in the occupied territories of Azerbaijan and the inauguration of the so-called newly-elected leader of the Nagorno-Karabakh region in a city of exclusive moral importance for Azerbaijani people, Shusha. I concluded that these provocations “dealt one of the strongest blows to internationally-mediated peace and confidence building efforts and dashed hopes for any peaceful resolution” – a chance that had been provided by the Russia-mediated ceasefire agreement signed between the conflicting sides in May 1994.

The historic opportunity to reach a negotiated resolution was, unfortunately, abused by the Armenian leaders for up to thirty years and made the negotiations “pointless” as finally declared by the President Ilham Aliyev of Azerbaijan on July 6, 2020, – days before another Armenian provocation on the state border near the Tovuz region of Azerbaijan. The next provocation by the armed forces of Armenia on September 27 resulted in an almost all-out war between the two countries which put an end to the decades-long occupation of the Azerbaijani territories – at the cost of thousands of lives on both sides. Armenia paid a very high price for its abuse of the negotiation process and refusal to abide by the international law and norms.

The war ended with another ceasefire deal between the two countries again brokered by Russia. Not only did the deal de-occupy the Karabakh region but provided another historic chance to the conflicting sides. This is a chance for building a durable peace in the region where peace and stability could never be recovered after the collapse of the Soviet Union.

The initiatives of the ceasefire deal, particularly those concerning the unblocking of regional transportation and communication links, are of utmost importance for the future of the region. This has the potential to sow seeds of confidence in the region, restart people-to-people contacts, and, more importantly, generate some degree of interdependence between the two countries.

This can deliver even more benefits to the regional peace if the six-party regional cooperation platform initiative (Armenia, Azerbaijan and Georgia + Russia, Turkey and Iran) is also implemented. These all represent a new breath to the conflict-ridden region and look like the long-awaited light at the end of dark tunnel of the Armenia – Azerbaijan conflict.

Unfortunately, not everyone sees the post-war situation this way. For the revanchist and nationalistic groups in Armenia, the battle was lost but the war is not over. For these groups, Armenia needs to rebuild its military, establish strong alliances with the country’s external patrons and should get prepared for one day to launch a war to retake the lost territories. They also reject the transportation and other projects proposed after the 44-day war.

These groups, prior to the upcoming parliamentary elections in Armenia, are particularly accumulated in the camp of Robert Kocharyan, a war criminal and executioner of Khojaly genocide. Propagating a revanchist ideology, which well-known Armenian intellectual Jirair Libardian aptly characterizes as “based on fantastic calculations, pseudo-strategies and on willfully ignoring facts”, these political forces promise nothing peaceful but more hostilities, bloodshed, violence and tragedies for the future of the Armenia – Azerbaijan relations.

According to the most recent public surveys, they are gaining the support of the increasingly more Armenians which alarmingly show that the radical and revanchist messages of this camp succeed to persuade more and more people. This is not only an alarm to the domestic politics of Armenia but also an imminent threat to the post-war delicate balance between Armenia and Azerbaijan.

The radicalization of the society and the abuse of the post-war trauma by these forces would threaten the complete implementation of the ceasefire agreement, complicate the post-war peace process and serve as a call for future escalations in the region. The second chance for peace between Armenia and Azerbaijan is therefore under threat.

Vasif Huseynov, a Senior Advisor at the Baku-based Center of Analysis of International Relations (AIR Center), special for News.Az