The New York Times: Massacre by Armenians Being Reported 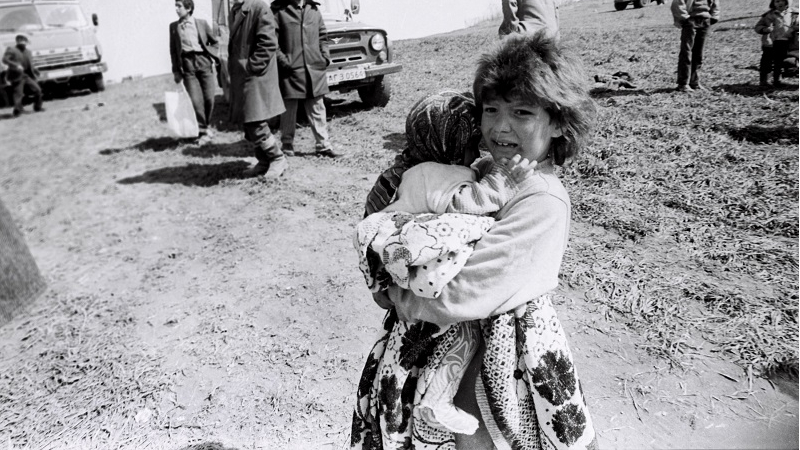 As you know, the Armenian armed forces launched a large-scale military attack on positions of Azerbaijani army on the front line, using large-caliber weapons, mortars and artillery on September 27, 2020.

Azerbaijan responded with a counter-offensive along the entire front. As a result of retaliation, Azerbaijani troops liberated a number of territories previously occupied by Armenia, as well as take important, strategic heights under control.

Against the background of the ongoing clashes in Azerbaijan’s Nagorno-Karabakh region occupied by Armenia, News.Az reprints an article, titled “Massacre by Armenians Being Reported”, which was published by The New York Times March 3, 1992.

“Fresh evidence emerged today of a massacre of civilians by Armenian militants in Nagorno-Karabakh, a predominantly Armenian enclave of Azerbaijan.

The Azerbaijani press agency Azerinform reported renewed Armenian missile fire on the Azerbaijani-populated town of Shusha on Sunday night. It said several people had been wounded in another attack, on the settlement of Venjali, early today.

The republic of Armenia reiterated denials that its militants had killed 1,000 people in the Azerbaijani-populated town of Khojaly last week and had massacred men, women and children fleeing the carnage across snow-covered mountain passes.

But dozens of bodies scattered over the area lent credence to Azerbaijani reports of a massacre. Scalping Reported

Azerbaijani officials and journalists who flew briefly to the region by helicopter brought back three dead children with the backs of their heads blown off. They said shooting by Armenians had prevented them from retrieving more bodies.

"Women and children had been scalped," said Assad Faradzhev, an aide to Nagorno-Karabakh's Azerbaijani Governor. "When we began to pick up bodies, they began firing at us."

The Azerbaijani militia chief in Agdam, Rashid Mamedov, said: "The bodies are lying there like flocks of sheep. Even the fascists did nothing like this."

Near Agdam on the outskirts of Nagorno-Karabakh, a Reuters photographer, Frederique Lengaigne, said she had seen two trucks filled with Azerbaijani bodies.

"In the first one I counted 35, and it looked as though there were almost as many in the second," she said. "Some had their heads cut off, and many had been burned. They were all men, and a few had been wearing khaki uniforms."

Ethnic violence and economic crisis threaten to tear apart the Commonwealth of Independent States, created by 11 former Soviet republics in December. The commonwealth has been powerless in the face of the ethnic hatred rekindled in the age-old dispute between Christian Armenia and Muslim Azerbaijan.

Four years of fighting in Nagorno-Karabakh have killed 1,500 to 2,000 people. The last week's fighting has been the most savage yet.

The 366th Regiment, based in Stepanakert, the capital of Nagorno-Karabakh, has been caught at the center of fighting in which at least three of its soldiers were killed late last month.”