The Nakhchivan corridor will boost connectivity in the Caucasus (OPINION) 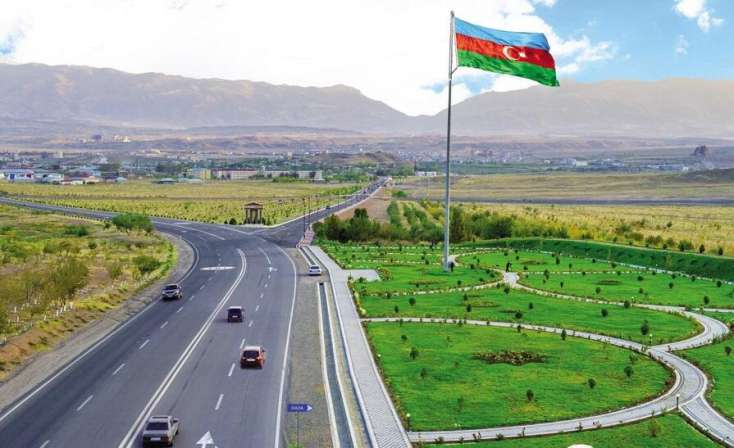 EURACTIV portal has published an article entitled “The Nakhchivan corridor will boost connectivity in the Caucasus”.

News.Az presents the article by Orkhan Baghirov, a leading advisor at the Center of Analysis of International Relations (AIR Center) in Baku, Azerbaijan.

On 10 November the Presidents of the Russian Federation and Azerbaijan and the Prime Minister of Armenia signed the declaration for the cessation of military operations in the occupied territories of Azerbaijan.

This declaration ended “The Second Karabakh War,” which began on 27 September after the large-scale provocation of the Armenian army through the entire front on the line of contact with Azerbaijan. During the war, which continued for 44 days, Azerbaijan restored its territorial integrity.

The signed declaration also ended the Armenian occupation that had been continuing for almost thirty years and had been preventing full use of regional cooperation opportunities in the South Caucasus.

By liberating its occupied territories, Azerbaijan changed the geopolitical map of this region, eliminated the security concerns that existed for about three decades and created new opportunities for further cooperation. Along with political advantages, the victory of Azerbaijan in the war created substantial economic advantages for itself and regional countries. According to the 9th clause of the trilateral declaration, all economic and transport links in the region will be restored and The Republic of Armenia guarantees the safety of transport links between the western regions of the Republic of Azerbaijan and the Nakhchivan Autonomous Republic in order to organize an unhindered movement of citizens, vehicles and goods in both directions.

Thereby, Armenia agrees to the establishment of the Nakhchivan Corridor in the Megri region.

The new corridor will release the Nakhchivan Autonomous Republic, the landlocked exclave of Azerbaijan, from the economic blockade. Currently, overland and air connections of Nakhchivan with other regions of Azerbaijan are available either from Iran in the south or through Turkey in the west.

Therefore, a direct link with Nakhchivan will shorten the travel time and will decrease transportations costs by creating new economic development opportunities for Nakhchivan and Azerbaijan. It will also eliminate the past security concerns regarding Nakhchivan.

The Nakhchivan Corridor will create new economic opportunities for the regional countries as well. Using this corridor, Turkey will directly access Azerbaijan without using the land routes of Georgia and Iran.

It will also positively affect the tourism relations between Azerbaijan and Turkey as it will create a more comfortable land route for the movement of tourists. In a broader sense, the corridor promises to give Ankara another route to access the Caspian Sea and the Turkic world in Central Asia.

It is also worth mentioning that Turkey has announced plans to build a new railway link from Turkey to Nakhchivan, which would expand cargo and passenger transportation in the region and boost the capacity of the Baku-Tbilisi-Kars railroad.

The total investment amount will be $200-270 million and a 230 kilometers long line will start from Kars-Igdır and continue to Nakhchivan. From there, the line will be connected to the railway line that continues to Iran, Afghanistan, Pakistan and other regions of Azerbaijan through the Nakhchivan corridor.

Thus, Turkey will achieve a great advantage in terms of logistics. The connection of the Kars-Nakhchivan railway to the Nakhchivan corridor also will boost economic relations between Azerbaijan and Turkey.

The creation of the Nakhchivan corridor is also advantageous for Russia as it creates an alternative land route to the regional countries.

The southern part of Russia’s railway network is connected to Azerbaijan railways, and using this connection, Russian trains could easily reach the Nakhchivan corridor and then be directed to the lines that extend to Armenia, Turkey and Iran.

For Russia, this road could also serve as an alternative pathway to the markets of the Middle East.

Besides, taking into account that in recent years the trade turnover between Russia and Turkey has been considerably growing and due to political discontents, Russia was not able to use land routes of Georgia for getting a direct link to Armenia, the Nakhchivan corridor would create great economic advantages for Russia.

Armenia could also significantly benefit from the Nakhchivan corridor if it chooses to return to peaceful policies and cooperation.

By using this corridor, Armenia could end its economic isolation, join the regional transport projects and, more importantly, to get a land link to the market of the Eurasian Economic Union (EEU), which was one of the main economic obstacles for Armenia in recent years.

The absence of land roads between Russia and Armenia was also negatively affecting bilateral trade relations between them. Thus, the Nakhchivan corridor could become an effective project for the development of economic relations of Armenia with EEU, including Russia.

By using this corridor, Armenia also could obtain a rail connection with Iran. The planned construction of a railroad between Armenia and Iran through the Megri region has been postponed because of the high costs. Now the new corridor gives a great chance for Armenia to eliminate the problems related to the transportation of cargos to Iran.

From the perspective of Eurasian connectivity, the Nakhchivan corridor could become part of both North-South and East-West transport corridors that gets through the South Caucasus.

Establishing the Nakhchivan corridor in parallel to BTK Azerbaijan will add a new artery to the Middle Corridor, the mainland corridor that connects Asia with Europe and will strengthen its position as a regional transportation hub in the region.

Therefore, along with regional countries, the planned corridor should be in the interests of European, Central Asian countries and China as it creates a new alternative for the transportation of cargos both in eastern and western directions.

All the mentioned advantages show that the Nakhchivan corridor could become one of the main elements of the new order in South Caucasus-Pax Caucasia. The release of all economic blockades in the region and the establishment of the new corridor will create favorable conditions for regional development and cooperation.

Although the new corridor, to some extent, could decrease the importance and profitableness of some traditional routes, the geopolitical benefits of the establishment of peace and elimination of economic blockades in the region are far greater than the damages that those traditional routes could face.