The Minsk Group was virtually paralyzed in 2019 - President of Azerbaijan 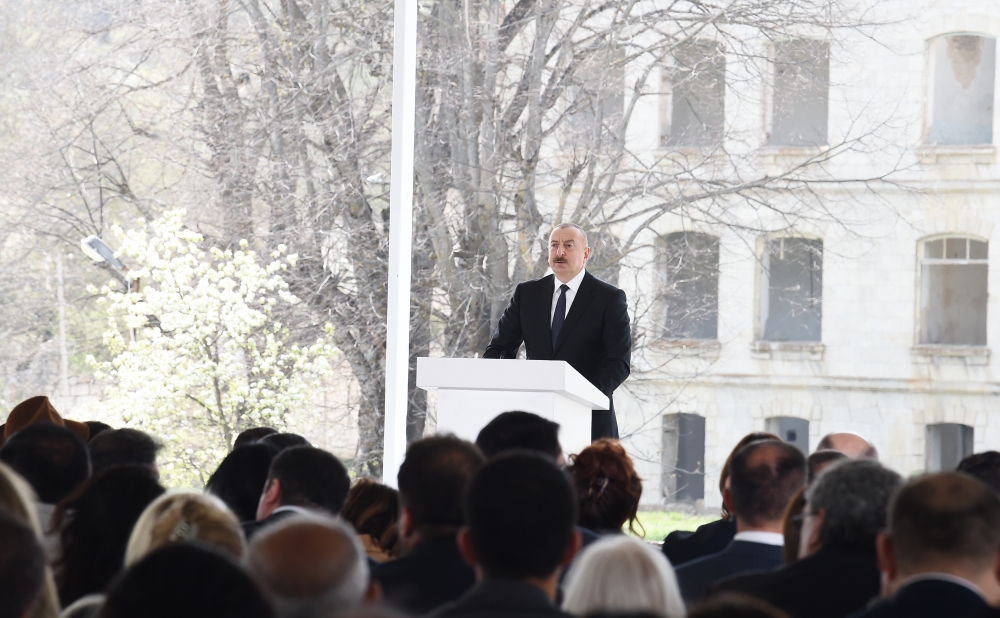 "The Minsk Group was virtually paralyzed in 2019. The group, which was mandated to address the issue in 1992, has failed to achieve any results. Looking at the actions of this group and proposals in retrospect, we can see again that this group was not established to resolve the problem. We were just a little naive at the time. This group was established not to resolve the problem, but to perpetuate the fact of occupation. Armenian lobby groups are quite influential in the Minsk Group co-chair countries. This is why this group did not achieve any results for 28 years," said President of Azerbaijan Ilham Aliyev as he made a speech at the 5th Congress of World Azerbaijanis in Shusha, News.az reports.

President Ilham Aliyev emphasized that in 2019, the group almost ceased its activities: "The reason for that was the very strange behavior of the new Armenian leadership. Because when the new leadership of Armenia came to power in 2018, both the Minsk Group, I must say quite frankly, and we had certain hopes that the criminal junta regime had been overthrown and a new generation of politicians had come to power. We were hoping that they would realize that they were not in a position to fight or wage war with Azerbaijan. Active negotiations for almost a year reinforced these ideas even more. However, in 2019, the Armenian leadership began to take a completely different position. The ludicrous statements voiced by the Armenian leadership virtually put an end to the process of negotiations. By saying that “Karabakh is Armenia, full stop”, they put an end to the negotiating process, and the Minsk Group, which met with me after this statement, was in a very uncertain situation. Because it is impossible to hold any talks after this statement. Because the essence of the talks was to liberate the occupied territories."

"As a matter of fact, the Minsk Group has not been able to take any action at least for the sake of visibility. But the Armenian leadership went even further. After that, open threats were voiced against us. We were threatened with a new war for new lands. But the international community continued to stay tight-lipped over that. This is an obvious threat. It was yet another threat from an occupier state to the state whose lands were already occupied. In other words, we were threatened with renewed occupation. However, the UN, the OSCE, other organizations or the Minsk Group made any statements about that. Inspired by this, of course, the aggressor became even more depraved and actually started to believe in the mythology Armenia had been concocting for decades,' said President Ilham Aliyev.