Azerbaijan's Minister of Defense: "Increase the intensity of combat training and exercises!" 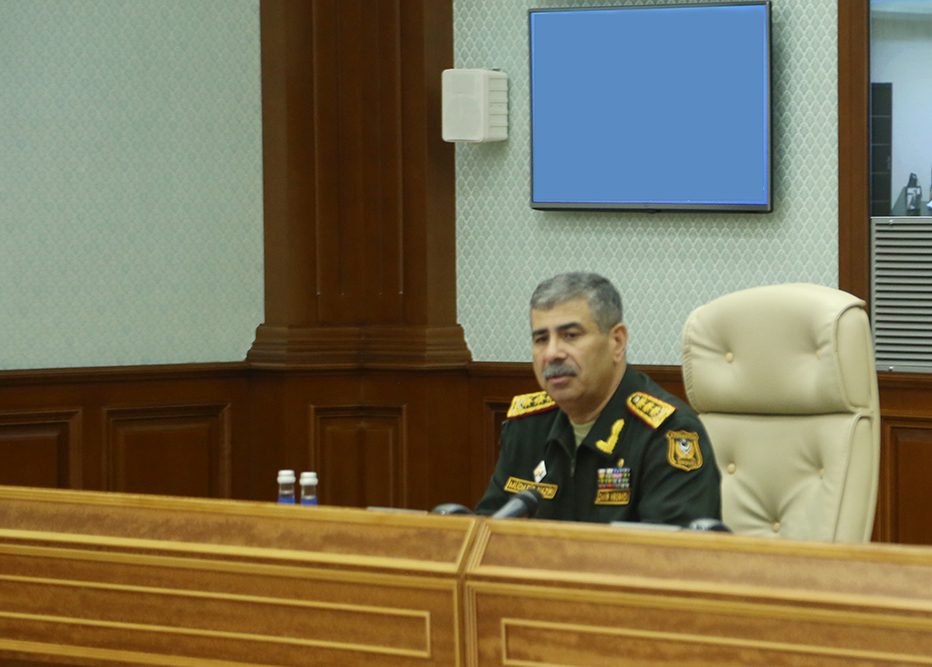 On May 7, the Minister of Defense of Azerbaijan, Colonel General Zakir Hasanov held an official meeting, News.az reports citing the Ministry of Defence.

The Minister of Defense delivered to the meeting participants the tasks assigned to the Azerbaijan Army by the President of the Republic of Azerbaijan, Supreme Commander-in-Chief of the Armed Forces Mr. Ilham Aliyev.

The meeting analyzed the operational situation on the Azerbaijani-Armenian state border and in the Karabakh economic zone. The Minister gave specific instructions to strengthen logistics, engineering and other combat support, improve service and combat activities of the units, as well as increase vigilance of the military personnel.

Colonel General Z. Hasanov instructed the commanders of the troops to increase the intensity of combat training and exercises,  strengthen combat positions and trenches, as well as maintain supply roads in constant working order.