The message of the leaders’ Zangilan visit to the world (OPINION) 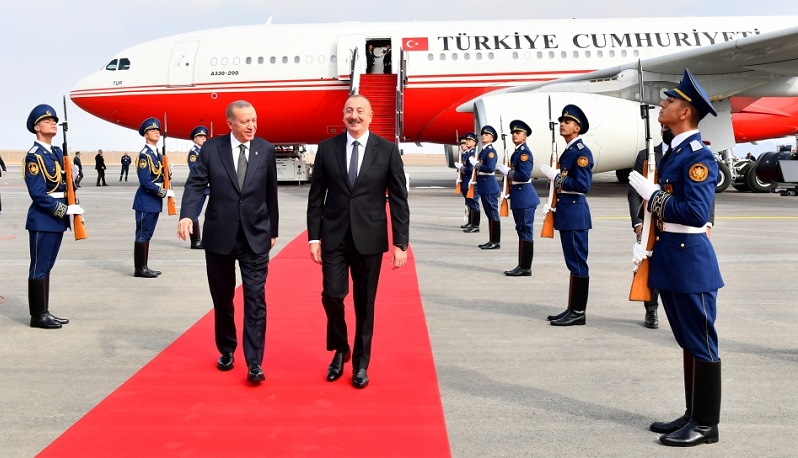 On the day marking the second anniversary of the liberation of Zangilan from occupation, President of the Republic of Türkiye Recep Tayyip Erdogan paid a visit to Azerbaijan to take part in the inauguration ceremony of the Zangilan International Airport and groundbreaking ceremonies for some infrastructure projects. This was the third visit of President Erdogan to the liberated Azerbaijani territories and the second to Zangilan.

Secondly, President Erdogan stated that the anxiety in some circles related to the Zangazur corridor is ‘wide of the mark’, stressing that this corridor contributes to peace and stability in the region. Zangazur,

Both countries also gave the message about their joint action in the new world order. Azerbaijan and Türkiye have recently agreed to expand the capacity of the Trans Anatolian Natural Gas Pipeline (TANAP), which itself indicates that both countries will play an essential role in ensuring Europe’s energy security.

Another message given to the world is the ongoing restoration and reconstruction work in the liberated Azerbaijani territories. President Erdogan stated that the construction of two airports a year in the liberated territories is ‘something that not every country is capable of doing.’ Unlike Armenia which destroyed all houses and infrastructure in these lands, Azerbaijan is rebuilding these territories together with Turkish companies.

The visit of Turkish leader Erdogan in a critical period is another breakthrough in relations between the two countries. This visit shows that the two countries will continue to jointly act in all matters concerning the future of the region.

Javid Valiyev, Head of the Foreign Policy Department of the Baku-based Center for the International Relations Analysis (AIR Center), especially for News.Az