The Daily Caller: Anti-corruption arrests are a start, but can Armenia actually drain its swamp? 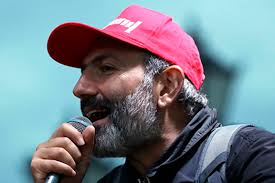 News.Az reprints from Daily Caller an article headlined "Anti-corruption arrests are a start, but can Armenia actually drain its swamp?" by Maxime Gauin.

The fundraising machine in the Armenian-American community has run into a serious problem: rampant corruption.

According to the Armenian authorities, Vardanyan admitted to using an Armenia Fund credit card for online gambling, using donated funds to replenish the credit card account, and making his own payments to cover up the fraud. Vardanyan misappropriated $270,000 from 2016–2018, the NSS stated.

The arrest comes on the heels of May’s opening of an FBI criminal case against both of the ex-president’s brothers, Alexander and Levon Sargsyan, over allegations of “concealing property subject to be declared” and “illegal enrichment.”

The Sargsyan brothers have reportedly both spent millions of dollars on real estate in the United States and have played important roles in overseas fundraising campaigns for Armenian political interests. Alexander is a leading Armenian mafia boss, while Levon is a longtime ambassador-at-large at the Armenian Foreign Ministry.

Campaigning against corruption has been one of the rhetorical hallmarks of recently elected Armenian Prime Minister Nikol Pashinyan, and he now deserves some credit for backing up his words with action through the arrests of Vardanyan and Alexander Sargsyan.

“Our general presumption is that there is corruption, and of big proportions, including in the [Armenian] Armed Forces, and whatever there is will be uncovered,” Pashinyan said July 9.

Yet, at the same time, the recent arrests underscore how disturbingly deep the corruption is within the Armenian-American fundraising and lobbying apparatus — made up of groups which falsely portray themselves as benevolent actors trying to support the Armenian people.

The arrests alone will not solve the problem. Armenia’s judicial system must take the next step by handing Vardanyan and Alexander Sargsyan the harsh prison sentences they deserve, and Pashinyan must go further by publicly disavowing them in order to cement his government’s status as a genuine and substantive opponent of corruption.

Established by presidential decree in 1992, the Armenia Fund purports to “unite Armenians in Armenia and overseas to overcome the country’s difficulties and to help establish sustainable development in Armenia and Artsakh,” the latter referring to Nagorno-Karabakh, the Azerbaijani territory that several U.N. resolutions describe as being occupied by Armenia.

It boasts about the “active participation and support of its 21 affiliates and partner organizations in 19 countries,” including its American partners in Los Angeles and New York. And it claims to have implemented “over 1,100 completed major projects in Armenia and Artsakh, with a total value of more than U.S. $350 million.”

The Armenia Fund is perhaps best known for its annual telethon, the Armenian-American community’s most lucrative annual fundraiser, which raised $12.5 million in 2017 and $15.4 million the year prior.

But at its core, the Armenia Fund is a self-described “humanitarian” organization that is nothing more than a front for a political lobby. The Armenian Assembly of America and the Armenian National Committee of America, two major lobby groups that campaign in Congress for greater U.S. funding of Armenia and Nagorno-Karabakh, are affiliates of the Armenia Fund.

All of these organizations — the Armenia Fund and its associated lobbies—join forces to press American donors and their elected officials to bankroll the illegal occupation in Nagorno-Karabakh.

They push the United States to violate the State Department’s own policy, which does not recognize Nagorno-Karabakh as an independent country and holds that “the future status of Nagorno-Karabakh is a matter of negotiation between the parties.”

They undermine the efforts of the OSCE Minsk Group to “find a peaceful solution to the Nagorno-Karabakh conflict” by funding infrastructure development that entrenches Armenia in its illegal occupation of the territory, moving both sides further away from peace.

They exacerbate Armenia’s own economic woes — including disproportionately high poverty, hyper-dependence on agriculture, skyrocketing inflation, and a severe brain drain — by rerouting American donations meant for sorely needed relief among the Armenian people to the funding of Nagorno-Karabakh’s illicit regime.

Oddly, these “charities” are ardently supported by members of Congress, including Sen. Bob Menendez (D-NJ), Rep. Brad Sherman (D-Calif.), Jackie Speier, (D-Calif.), Frank Pallone (D-NJ) and other questionable members. It begs the question of their own corruption in supporting such overt corruption.

If the dangerous and duplicitous nature of Armenia’s faux humanitarian fundraising on American soil was not already abundantly clear on a policy level, then it should surely be driven home on a moral level by the recent exposure of the Armenia Fund’s corrupt operations through its disgraced director’s online gambling fiasco.

Now is the time for Armenia and its newly-minted leader, Pashinyan, to make an example out of Vardanyan, Alexander and Levon Sargsyan, and all other corrupt actors. And now is the time for Pashinyan to write a new story for his country, both domestically and internationally, by taking an unmistakable stand against front groups like the Armenia Fund, ANCA, and others, which deceive the Armenian and American people alike.

Only time will tell whether Pashinyan actually has the political will to drain the swamp.