Tasks for the next stage of the "Sea Cup" contest were fulfilled: MoD 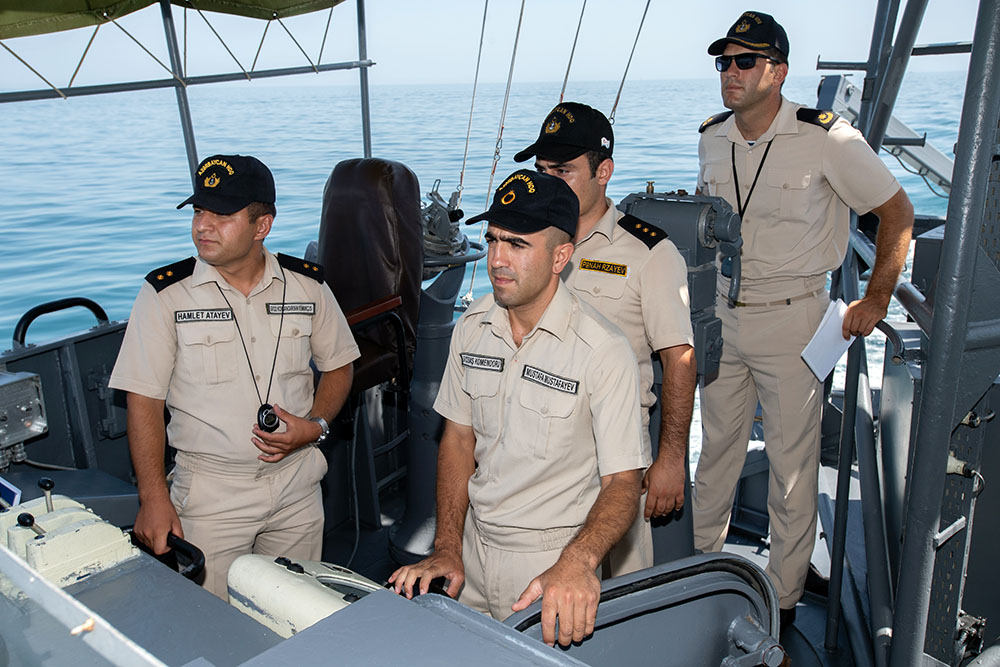 Tasks for the next stage of the "Sea Cup" contest, held as part of the "International Army Games-2022" in the territorial waters of Azerbaijan in the Caspian Sea, were accomplished, News.az reports citing Azerbaijan's Ministry of Defence.

The military seamen fulfilled the tasks of "Anchoring and buoy mooring" during the "Maritime training" stage of the contest.

According to the decision of the Board of Referees, the Iranian team with 40 points took first place, the Russian team with 38 points took second place, and the teams of the Azerbaijani and Kazakh Naval Forces with 32 points took third place.