Taliban supreme leader warns foreigners not to interfere in Afghanistan 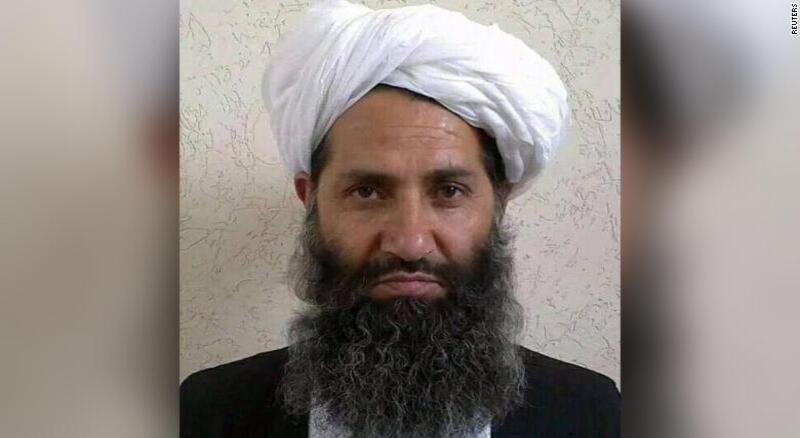 The Taliban's supreme leader Mawlawi Haibatullah Akhundzada has once again warned foreigners not to interfere in Afghanistan during a rare speech at a gathering of Islamic clerics in Kabul, News.az reports citing Reuters.

The reclusive leader told the conference that Afghanistan "cannot develop without being independent," according to state-run Bakhtar News Agency.

"Thank God, we are now an independent country. (Foreigners) should not give us their orders, it is our system, and we have our own decisions," Akhundzada added.

In the speech, Akhundzada praised the Taliban's takeover of Afghanistan last August, almost two decades after they were driven from Kabul by US troops, saying: "The success of the Afghan jihad is not only a source of pride for Afghans but also for Muslims all over the world."

The speed of the takeover, just weeks after the starts of the withdrawal of US troops, took the world by surprise and led to the dissolution of the foreign-backed government of Ashraf Ghani, who had fled the country.

Akhundzada made the comments in an audio recording during a three-day religious gathering of 3,000 attendees -- all of whom were male, according to state media. The meeting was not open to the media, but CNN listened to the recording of Akhundzada's speech.

The gathering in Kabul began on Thursday. Akhundzada is based in Kandahar, the Taliban's birthplace and spiritual heartland, is rarely photographed in public, a fact that has fueled rumors over the years that he was sick or possibly dead. No photographs of Akhundzada attending the meeting, which began in Kabul on Thursday, have been released.

Akhundzada is known to be a reclusive leader. He was identified in this undated photograph by several Taliban officials who declined be named.

A senior religious cleric from the Taliban's founding generation, Akhundzada, was named as the Taliban's leader in 2016 after the group's previous leader Mullah Akhtar Mohammad Mansour was killed in a US airstrike in Pakistan.

He retained the post when the group announced its interim government back in September.

Akhundzada ruled out including past administrations in the formation of any future government, although he said he "forgave" them.

"I forgave oppressors of the former regime. I do not hold them accountable for their past actions, if anyone created troubles for them without committing new crimes, I will punish them. However, forgiveness does not mean to bring them into the government," Akhundzada said in the audio recording.

The message seemed to contradict statements made by other members of the Taliban's leadership in recent months, who have expressed an openness to a more inclusive government in order to gain international support.

The international community has repeatedly called on the Taliban to broaden the ranks of its government and reinstate the rights of women and girls, which have been stripped away since the group seized power, if they want to be officially recognized. The World Bank has frozen projects worth hundreds of millions of dollars over the issue.

Women in Afghanistan can no longer work in most sectors and require a male guardian for long-distance travel, while girls have been barred from returning to secondary school.

Sirajuddin Haqqani, Afghanistan's acting interior minister and the Taliban's co-deputy leader since 2016, told CNN in May that there would be "good news soon" on the Taliban's yet unfulfilled pledge to allow girls back to school, but suggested that women who protested the regime's restrictions on women rights should stay home.

During an urgent meeting held in Geneva on Friday, UN human rights chief Michelle Bachelet warned that "women and girls in Afghanistan were experiencing the most significant and rapid roll-back in the enjoyment of their rights across the board in decades."

Speaking to the clerics, Akhundzada reaffirmed his commitment to the implementation of Sharia law, Islam's legal system derived from the Quran, while voicing his opposition to the "way of life of non-believers."

The Taliban's harsh interpretation of Sharia law when it was last in power led to scores of violent punishments, including the stoning of alleged adulterers, public executions, and amputations.