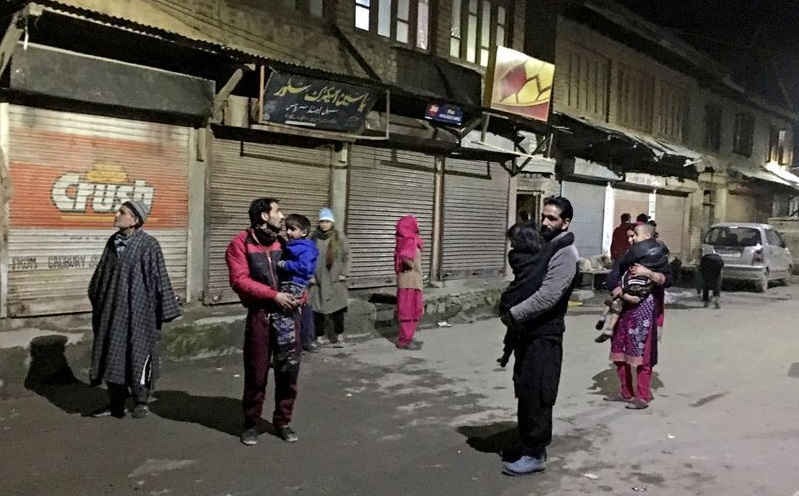 Strong tremors were felt in northern India and Pakistan on Friday as a result of an earthquake in Tajikistan, witnesses said. Many residents ran out of their homes, but no major damage was reported.

The U.S Geological Survey put the quake’s magnitude at 5.9 and centred 35 km (55 miles) west of Murghob in Tajikistan, Central Asia.

The Tajikistan Emergency Situations Ministry said the epicentre was 420 km (260 miles) east of the Tajik capital Dushanbe near the border with China.

Tremors were felt in Dushanbe but the epicentre was in a sparsely populated area.

Cracks were reported in some homes in northern Kashmir, the Indian Meteorological Department said. A witness also reported a wall collapse near the northern Indian city of Amritsar, but there were no reports of casualties.

Tremors were felt across Pakistan including the capital, Islamabad, and northwestern Peshawar, and even as far as the eastern city of Lahore, which borders India.

In Muzaffarabad, the capital of Pakistani Kashmir, where a 2005 earthquake wreaked serious destruction, there was panic, according to witnesses, and many people rushed out of their homes in fear.