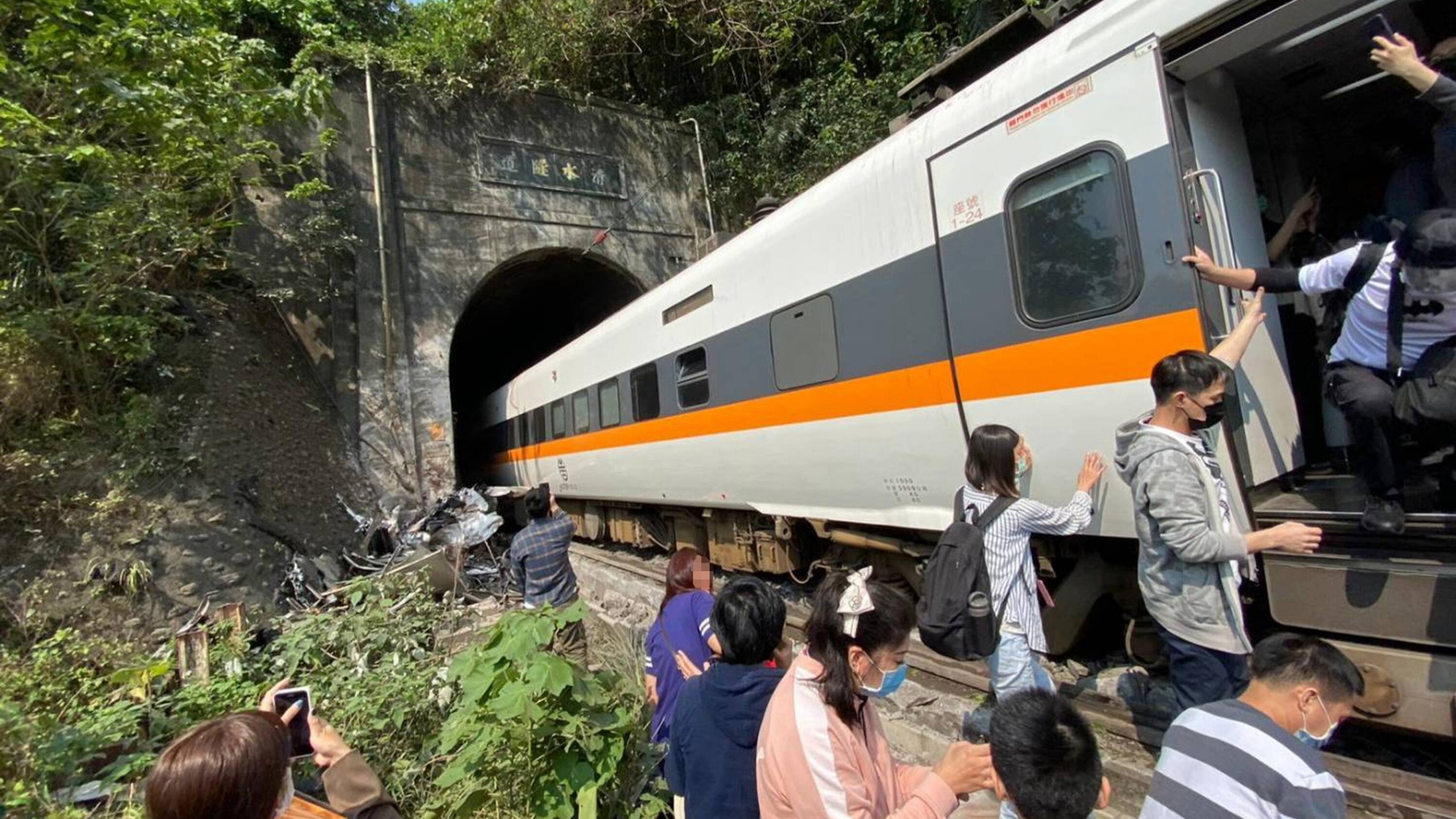 A Taiwan express train with almost 500 aboard derailed in a tunnel on Friday, killing at least 48 passengers and injuring 66 in the island’s worst rail disaster in almost four decades, according to Reuters.

Images from the scene showed carriages in the tunnel ripped apart by the impact, with others crumpled, hindering rescuers in their efforts to reach passengers, although by mid-afternoon no one was still trapped.

“People just fell all over each other, on top of one another,” a woman who survived the crash told domestic television. “It was terrifying. There were whole families there.”

The crash, north of the eastern city of Hualien, killed the driver of the train carrying many tourists and people heading home at the start of a long weekend traditional holiday to tend to family graves.

Taiwan media said many people were standing as the train was so crowded, and were tossed about by the crash impact. Media showed pictures of survivors being led out of the tunnel.

The train, travelling from Taipei, the capital, to the southeastern city of Taitung came off the rails after apparently hitting a truck that had slid off a road from a nearby construction site.

At the site, Transport Minister Lin Chia-lung told reporters that it had been carrying about 490 people, higher than an earlier figure of 350 provided by fire authorities.

The official Central News Agency said the truck was suspected to have slid off the sloping road into the path of the train, as its handbrake had not been engaged, and added that police had taken in its driver for questioning.

The fire department showed a picture of what appeared to be wreckage of the truck beside the derailed train, with an aerial image of one end of the train still on the track next to the construction site.