Switzerland to ban all tobacco-linked advertisements 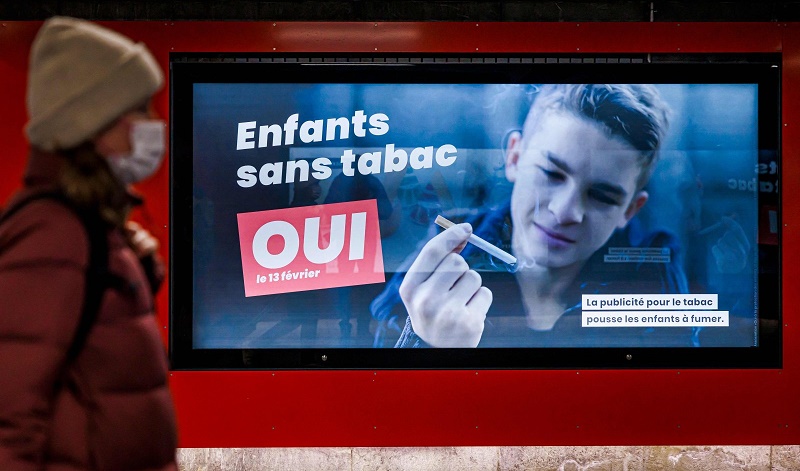 Swiss voters headed to the polls on Sunday to tighten their tobacco laws by prohibiting almost all advertising of tobacco products.

Nearly 57% of voters and 16 of Switzerland's 26 cantons backed the near-total tobacco advertising ban, a final tally of votes showed.

"We are extremely happy. The people understood that health is more important than economic interests, " Stefanie De Borba of the Swiss League against Cancer, told Agence France-Presse (AFP) as the results became clear.

Switzerland lags far behind most wealthy nations in restricting tobacco advertising – a situation widely blamed on hefty lobbying by some of the world's biggest tobacco companies headquartered in the country.

Currently, most tobacco advertising is legal at a national level, except for ads on television and radio, and ones that specifically target minors.

Some Swiss cantons have introduced stricter regional legislation and a new national law is pending, but the campaigners who forced the issue to a vote under Switzerland's direct democracy system demanded far tighter rules.