Summer was hottest on record in Northern Hemisphere 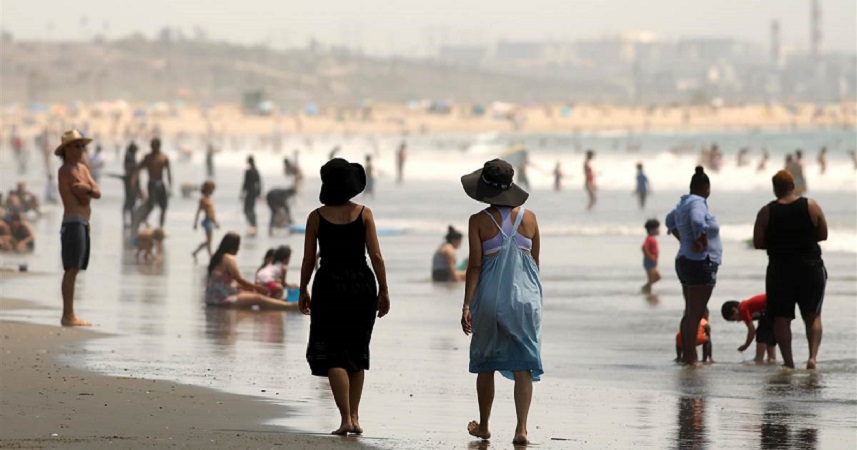 The Northern Hemisphere experienced its warmest summer on record, the US National Oceanic and Atmospheric Administration (NOAA) said on Monday, according to Euronews.

The US governmental agency found that in the three months from June through August, average temperatures were 0.92°C above the 20th-century average.

This made it "the hottest meteorological summer on record, surpassing both 2019 and 2016 which were previously tied for hottest, the NOAA said in a statement.

August was particularly scorching and was the hottest on record in the Northern Hemisphere with average temperatures climbing 1.19°C above the 20th-century average.

For the world as a whole, it was the second-hottest August in the 141-year record behind August 2016.

"Globally, the 10 warmest Augusts have all occurred since 1998 — with the five warmest occurring since 2015," the NOAA added.

Scientists now expect 2020 to be rank among the five-warmest years on record with Europe, Asia and the Caribbean region all registering their hottest January-August on record.

The agency also flagged that the average Arctic sea ice coverage in August was the third smallest on record, 29.4 per cent below the 1981-2010 average.

The Danish and Greenland Geological Survey announced on Monday that an ice sheet measuring 113 km2 had detached from the Arctic's largest remaining ice shelf.

"The atmosphere in this region has warmed by approximately 3°C since 1980 and record-breaking temperatures have been observed in 2019 and 2020," Dr Jenny Turton, from the Friedrich-Alexander University in Germany, said in a statement.