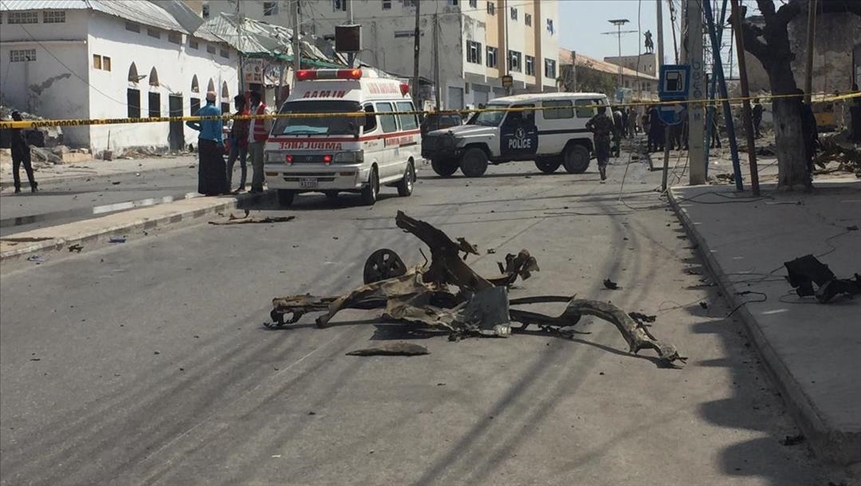 A suicide bomber blew himself up near a busy shopping mall and a police station in the Somali capital Mogadishu on Tuesday, officials said, with no casualties as yet confirmed, Anadolu Agency reports.

"A man blew himself up between the Mogadishu Mall and the Hamar Weyne District Police Station in Mogadishu,” said Ismail Mukhtar Oronjo, spokesman for the Information Ministry.

“He exploded while security forces were chasing him after the police identified him as a suspect before the bomb went off."

Eyewitness who spoke to Anadolu Agency over the phone said that they saw at least two people wounded.

Hamar Weyne is a major commercial district in Mogadishu and the second-busiest market in the capital.