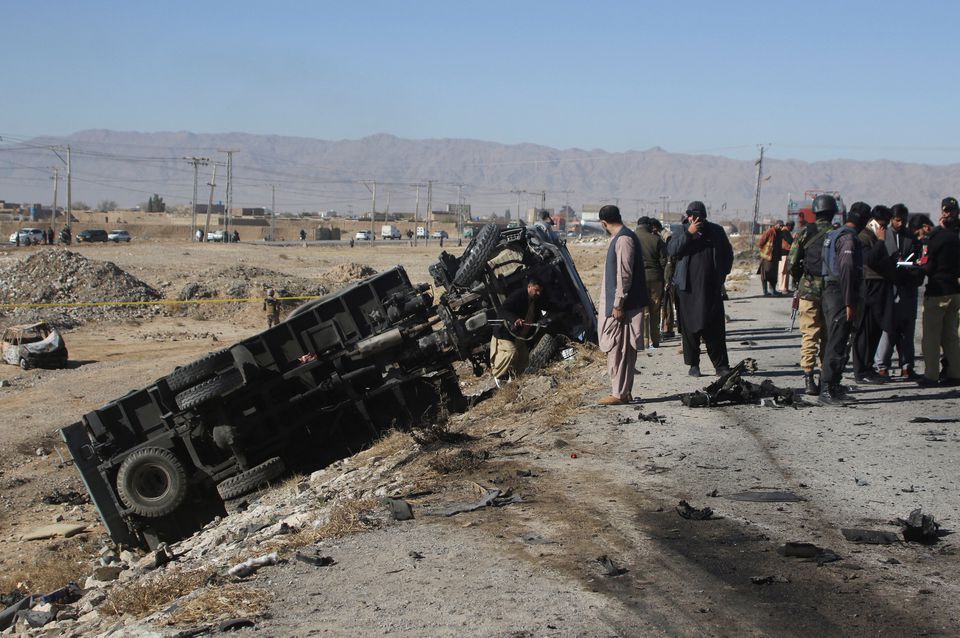 The Tehreek-e-Taliban Pakistan (TTP) claimed responsibility for the attack near the city of Quetta, the provincial capital of Balochistan, in a statement received by Reuters.

Separately, the army said it killed 10 militants in Balochistan on Tuesday, but didn't clarify whether they were TTP or Baloch separatist fighters.

Police official Azfar Mehsar told reporters that the bomber rammed his vehicle into the police truck, detonating the explosives and forcing the police truck to plunge into a ravine.

The suicide bomber's victims included a policeman, a woman and a child, and some of the wounded were in a critical condition, another police official, Abdul Haq, told Reuters.

Fifteen police officers were among the wounded, he said.

Prime Minister Shehbaz Sharif condemned the attack, and vowed to press on with the vaccination campaign.